Leo Messi couldn’t hold his tears back as the Argentinean national team finally celebrated winning the Copa America in front of their fans.

The restrictions imposed by the pandemic meant Argentina’s players and supporters couldn’t cheer together until now for their triumph against Brazil on July 10. The ceremony started after Brazil’s 3-0 beating of Bolivia in the World Cup qualifiers. Messi netted a hat-trick and became the all-time South-American top scorer in men’s international football. The 34-year-old also beat his friend Luis Suarez as top scorer in the South American qualifiers for the World Cup.

Messi now has 79 goals in 153 games for Argentina. He bettered Pele’s 77 goals (in 91 matches) and is already well ahead of Neymar (69 in 112 games). Pele reigned as the leading international marksman in South America for 59 years before Messi surpassed his tally. Messi scored his first goal for Argentina more than 15 years ago. It happened on March 1, 2006, against Croatia, with a beautiful shot from outside the box. At the time, Twitter and iPhones didn’t exist, and Facebook was only available to students in North America.

Messi’s record-breaking goals come just a few days after Cristiano Ronaldo broke the world record for most goals in international football, setting the new milestone at 111.

Messi: ‘I waited a long time for this’

An emotional Messi appeared in front of the microphone after the game against Bolivia had just finished.

“I was very nervous, I just wanted to enjoy the night. I waited a long time for this,” he said. “We won the game that was the most important thing and now we can celebrate,” Messi added.

21,000 supporters could attend the game in Buenos Aires, as players paraded with the Copa America trophy once the game with Bolivia finished.

“It was a unique moment to win the Copa America because of where and how we obtained the title,” Messi said about Argentina’s win over arch-rivals Brazil. “There was no better way to do it and been able to celebrate the title now, it’s incredible. My mother, my brothers are here in the stands. They have suffered a lot. I’m very happy.”

In a message later posted on Instagram, Messi thanked the Argentines for the love they showed him.

“I dreamed about this day a lot and thanks to God it arrived. I don’t have words to thank you for all the love I’ve received. What a beautiful night, I enjoyed it so much – unforgettable,” he wrote.

Argentina is second behind Brazil in the race for World Cup qualification. The Copa America winners sit six points behind the Selecao, having played eight fixtures. FIFA is investigating the outcome of the game between the two rivals, which was abandoned after just four minutes last weekend. 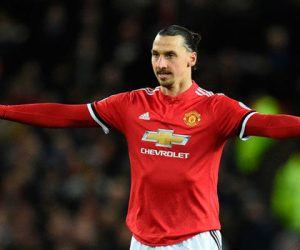 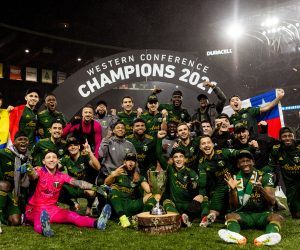