Sportsbooks have given the nod to the Los Angeles Dodgers making them a minus-140 favorite over the Houston Astros to win the World Series, which begins Tuesday. The American League Champion is a plus-120 to win the title.

There are several factors that make the National League Champions the pick to win their seventh title in 19 appearances. This is the first time since 1988 they have been in a Fall Classic.

They have the benefit of two days more rest than their opponent, closing out the Chicago Cubs on Thursday in five games, while the Astros had to go seven to dispatch the New York Yankees.

Still with experience, rest and home field advantage there are details the club will need to address if they are going to win. If they don’t, Houston may capture its first championship.

The 29-year-old will start Tuesday’s opener at home and has been increasingly stronger as the postseason has progressed. His last outing was in Game 5, where he pitched six innings, giving up three hits and striking out five. If he remains relaxed and confident he could win at least two games for his team.

The No. 2 and No. 3 starters for Manager Dave Roberts will have to win at least one game apiece if the team is going to capture the series. Hill has had two starts in the postseason and pitched well, but hasn’t made it past the fifth inning in either. Darvish picked up two wins and has been the better of the two, sporting an earned run average of 1.59.

How is Corey Seager’s Back

The shortstop was left off the National League Championship Roster because of a bad back, but should return for the World Series. How much he contributes, however, is still up in the air.

Can Keuchel Shut Down Dodgers

Ace Dallas Keuchel will get the start opposite Kershaw and will he show the form that got him a victory against Boston and another against the Yankees or will he have an outing like his last, where he gave up four runs in less than five innings to give the Yankees a 3-2 lead in the American League Championship Series?

Will Justin Verlander Get Two Victories

The way he has been pitching it is entirely possible. The righty, who the team acquire midseason from Detroit, has been stellar winning four games and posting an ERA of 1.46. He will start opposite Hill in Game 2. This might be the team’s best chance to steal a road game before heading back to Texas for the next three.

Can Offense Keep Up

The Dodgers are batting .273 in eight games, the best of the four teams in the championship series. Houston is hitting .247. If they can get to the starter’s they still have to face a Dodger bullpen that has baseball’s best closer in Kenley Jansen, who has given up just two hits in eight playoff innings. 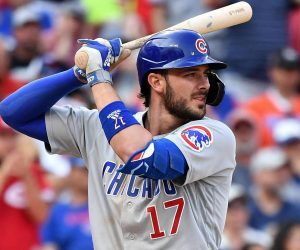 MLB Trade Rumors: Will Kris Bryant Finally End Up on the Mets? 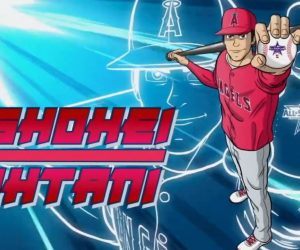