UEFA announced an indefinite suspension for the Champions League and Europa League on Wednesday, as officials acknowledge that, at a certain point, Europe may simply lose the remainder of its soccer schedule.

European soccer has almost entirely shut down, with the exception of the Belarusian Premier League, which continues on despite the coronavirus pandemic.

UEFA also postponed all Euro 2020 qualifying rounds and international friendlies in June. This frees up more time to potentially provide a conclusion to the 2019-2020 season. UEFA has rescheduled Euro 2020 for the summer of 2021.

According to The Guardian, a UEFA representative said the organization has looked at various possibilities to conclude both domestic leagues and continental competitions, but that it’s only considering scenarios that will see everything completed by the end of August. That report noted that a UEFA working group has considered a number of ways to conclude its competitions, but changing two-legged ties to single matches in the Champions League and Europa League is not among those considerations.

In its announcement, UEFA also acknowledged the severe financial stress that clubs face due to the coronavirus shutdown and the uncertainty ahead.

“The Executive Committee reiterated its full commitment to club licensing and financial fair play, and agreed that the current exceptional circumstances necessitate some specific interventions to facilitate the work of member association and clubs,” the statement read. “As a result of the increasing uncertainty generated by the ongoing extraordinary events, the Executive Committee also decided to suspend the club licensing provisions that relate to the preparation and assessment of clubs’ future financial information.”

The Guardian reported that UEFA officials understand that if time is at a premium, domestic competitions will take precedence over international play.

With it now clear that the European season won’t end by June 30 – and may be lucky to restart by then – one of the major outstanding issues is how clubs will deal with expiring player contracts.

International players union Fifpro and the Professional Footballers’ Association – the union for players in England and Wales – would like to see contracts last until the end of season, whenever that may be, rather than expire on June 30, with players paid in full for any additional period. The unions plan to resist pay cuts, something that some clubs have asked for given the tremendous revenue losses they are facing.

“Our preference would be that we have as harmonized a solution on the contract extensions as possible,” Fifpro chief executive Jonas Baer-Hoffmann told The Guardian. “We are very concerned we might end up in a situation where [clubs] pick and choose who is being retained for the last couple of months of the season and who is not. We believe there should be collective solutions.”

But as time marches on and an end to the COVID-19 shutdown remains nowhere in sight, officials are beginning to accept the reality that this season may not have an ending at all.

“We have a Plan A, B or C: to restart in mid-May, in June, or at the end of June,” UEFA president Aleksander Ceferin told La Repubblica. “If then we wouldn’t be able to do any of these, the season would probably be lost.” 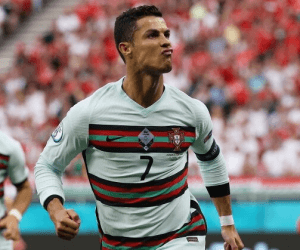 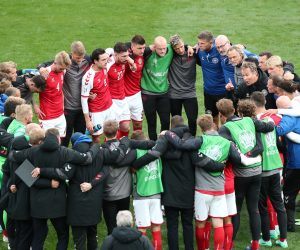