The Los Angeles Dodgers spent the entire 2020 season as one of the leading picks to win the World Series. Now, the Atlanta Braves stand as the final obstacle preventing LA from winning its third National League pennant in four years.

The Braves and Dodgers will square off in the National League Championship Series beginning on Monday night in Arlington, Texas. FanDuel Sportsbook rates Los Angeles as a -144 favorite in Game 1 over Atlanta (+126).

Globe Life Park in Arlington will serve as the neutral site for the NLCS, and several storylines for the series revolve around the stadium.

The Dodgers and Braves ranked No. 1 and No. 2 in the majors respectively in both runs and homers this season, but Globe Life Park will do its best to thwart those offenses. The stadium rated as the worst MLB park for home runs this year, and ranked 29th in total runs scored.

“We’re not a one-track offense. We can score runs in a ton of different ways,” Dodgers third baseman Justin Turner told reporters. “And if the ball happens to go over the fence, we’ll take that too.”

The NLCS will also introduce a new factor for the MLB season: fans. Up to 11,500 spectators can attend each NLCS game. Major League Baseball plans to implement the same policy for the World Series, which Globe Life Park will also host. Fans must wear masks, with a third warning for not doing so resulting in ejection from the game.

“When we decided on neutral sites, Texas does have a regulation that permits fans in stadiums,” MLB senior vice president Bryan Seeley told ESPN. “We didn’t want to do it in [the division series]. We wanted to make sure there was a secure zone and not try to introduce too much. The NLCS was a good opportunity. We talked to health experts, saw what other leagues are doing, and decided to move forward with it.”

Players say they’re excited to play in front of cheering fans rather than the simulated noise that has filled stadiums all season long.

“We’ve missed our fans this whole year,” Dodgers catcher Will Smith told ESPN. “I mean, I expect Dodger fans to be out here cheering hard and really giving us that home-field advantage.”

The Dodgers will stick with the same rotation they’ve used in the first two rounds of the playoffs. That means that Walker Buehler gets the ball for Game 1, while ace Clayton Kershaw will start in Game 2. Buehler pitched just four innings in each of his first two playoff starts as he continues to recover from a right index finger blister.

Atlanta will send lefty Max Fried to the hill for Game 1. Fried went 7-0 with a 2.25 ERA during the regular season, but gave up four runs in four innings against the Marlins in Game 1 of the NLDS.

“The last time out was just one of those days,” Braves manager Brian Snitker told reporters. “I look for Max to go out and be sharp and just do what he can do.” 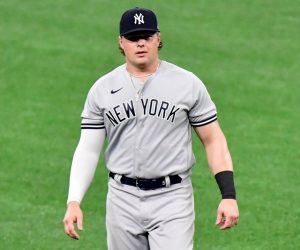 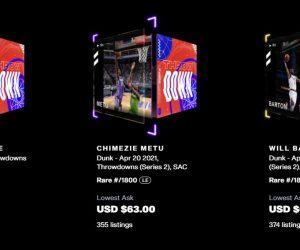 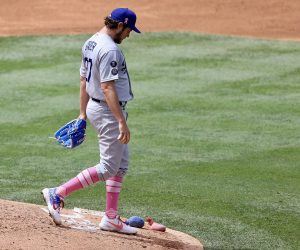