Oddsmakers at the Westgate SuperBook in Las Vegas list defending champion Egan Bernal as the favorite at 11/4 odds to win his second consecutive Tour de France.

Organizers postponed the 2020 Tour de France until the end of summer due to the coronavirus outbreak.

British superstar Chris Froome will be seeking his fifth Tour de France title. He missed last year’s race due to injuries. He won three consecutive years between 2015 and 2017. Froome is 5/1 odds to knock off Bernal and win his fifth yellow jersey.

Geraint Thomas won the 2018 Tour de France, but the Welshman finished in second place last year. Thomas’ teammate from Ineos, Bernal, took down last year’s championship. At the start of the 2019 Tour de France, oddsmakers in Europe listed Bernal at 2/1 odds to win.

Julian Alaphilippe, the exciting Frenchman who surprised everyone with the fifth-place finish in 2019, offers up a fun sweat at 20/1 odds.

It’s been 35 summers since a rider from France secured the yellow jersey in the Tour de France. Between 1975 and 1986, French riders won nine times with wins by Bernard Hinault (5), Laurent Fignon (2), and Bernard Thevent (2).

The great Jacques Anquetil won five yellow jerseys between 1957 and 1964. The legendary Louison Bobet won three in a row in the early 1950s.

Before WWII, French cyclists won the Tour de France 15 times, with multiple wins by Lucien Petit-Breton, Andre Leducq, and Antonin Magne. When the Tour de France resumed in 1947, Louison Bobet won the first race after a seven-year hiatus during the war and German occupation.

A Frenchman hasn’t won the Tour de France since Hinault won his fifth title in 1985. Hinault tried to win in 1986 and derail his teammate, Greg LeMond. LeMond would go on to become the first (and only) American to win the Tour de France, which is chronicled in the documentary film “Slaying the Badger.”

American cyclist Lance Armstrong “won” the Tour de France seven times between 1999 and 2005, but had all of his titles stripped and was banned from competitive cycling for blood doping violations. As a result, there is no official winner listed for the Tour de France for a seven-year stretch.

Julian Alaphilippe (Deceuninck-Quick Step) inspired the entire nation. For the first time in several decades, a Frenchman had a shot at winning the Tour de France. Alaphilippe finished in fifth overall, but for a week during the mountain stages, he got French people to watch the Grand Tour again.

Oddsmakers at the SuperBook listed Alaphilippe at 20/1 odds to finally secure a yellow jersey for France. Meanwhile, Thibaut Pinot is the highest Frenchman listed on the futures board at 8/1 odds to win his first Tour de France. 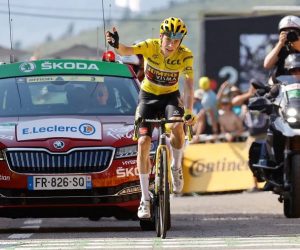 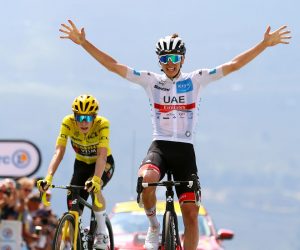 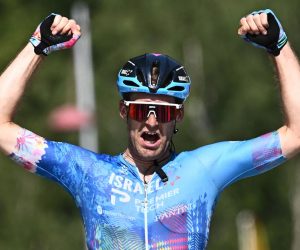