8.8 / 10
While primarily a sportsbetting site, Sportsbetting also offers a really high-quality poker room to all players. There are many reasons why so many players love playing at this site, however the biggest is the wide range of different bonuses on offer, including a welcome bonus that can be worth up to $2,500. The range of games is also really good, plus Sportsbetting is a completely safe place to play poker online.
Play Poker Read full review
Poker Site Details:
welcome bonus
100% up to $2,500
payout speed
1-3 days
payout %
96.45%
payment options
platforms
Play at Sportsbetting NOW!

A man that’s after the best freerolls and competitions, our poker site recommendations are all the better for Craig’s hand in making sure they’re thoroughly reviews on a regular basis. 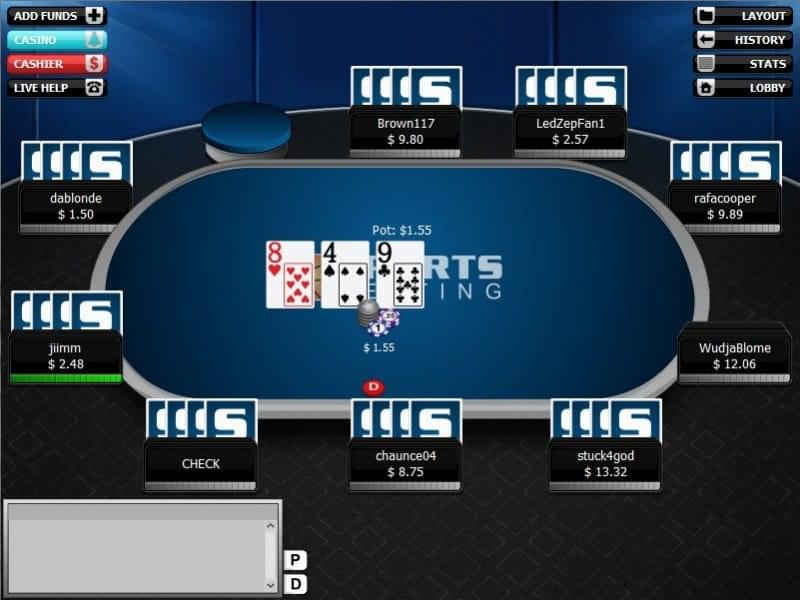 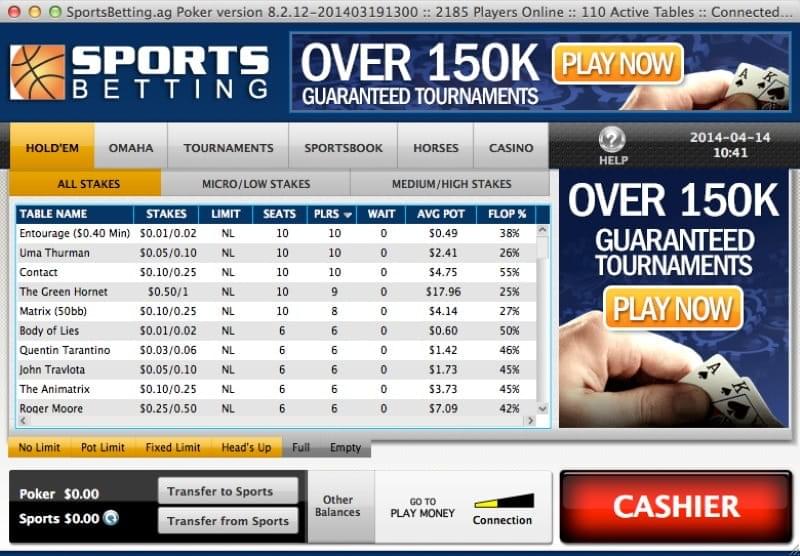 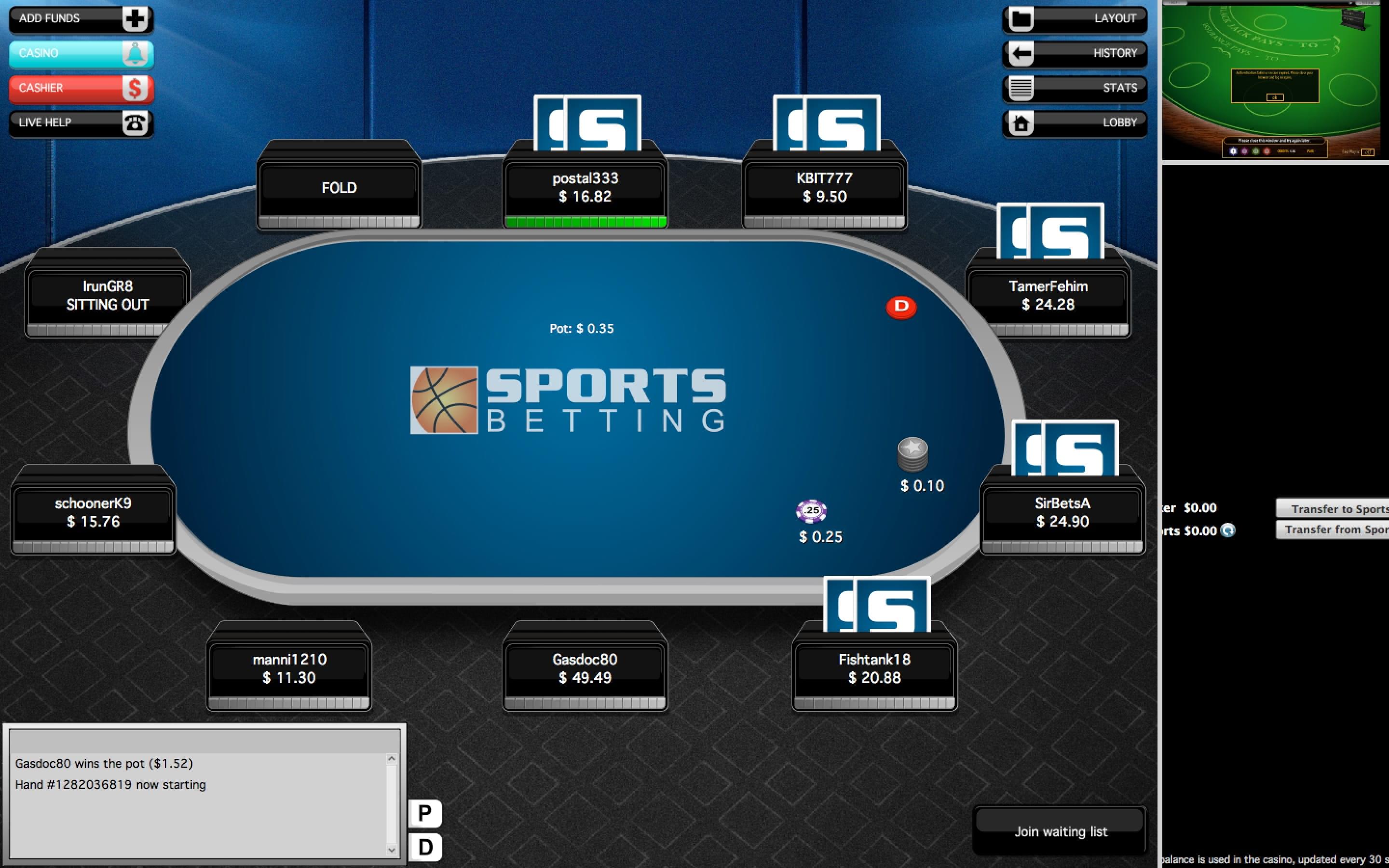 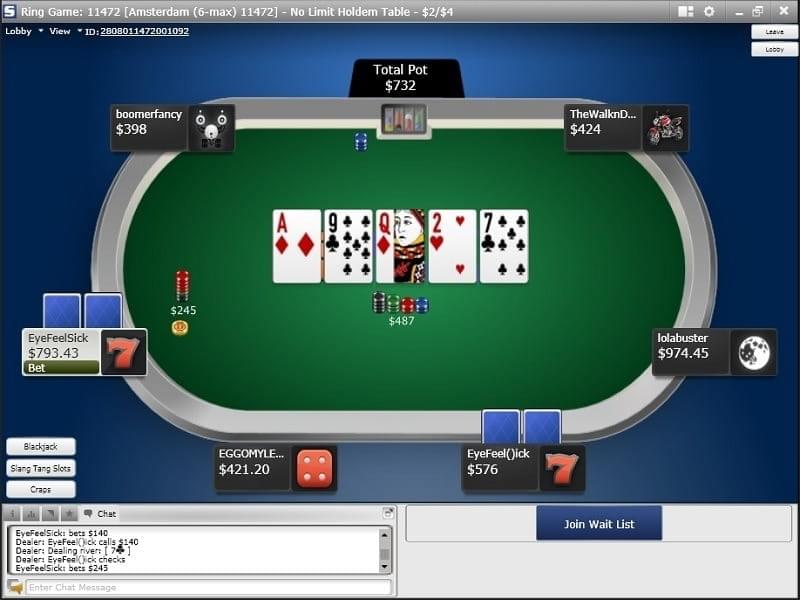 What we liked
What we disliked

There are absolutely loads of different poker sites out there, so choosing the best one for you can sometimes be tricky. We remove the hassle though, by reviewing many of the best poker sites around, so you can start playing at a great site as soon as possible. But is Sportsbetting a great site? Well, it has a couple of small issues, but overall it fared very well in this review, offering a multitude of different features that online poker players should really enjoy.

Perhaps the most impressive part of this online poker site is the bonuses though, as there are quite simply loads of them. From the welcome bonus – which can be worth a massive $2,500 – through to the new player freeroll, all new players are welcomed well at the site. It’s not just new players who get promotions though, as there are also loads of great promotions for existing players as well. This bonus money can then be used to play a wide variety of games, at a number of different betting levels.

The only big downside to this online poker site is the fact that it can’t be played at using a mobile device, as there is no app and the mobile site only offers sportsbetting and a casino. With more and more people playing poker using a mobile, this is something that Sportsbetting really need to change. Desktop players should really enjoy playing at this site though.

Sportsetting.ag might be primarily a sportsbetting site, but they still offer great software and playability to poker players.

Sportsbetting, as the name suggests, primarily focuses on sportsbetting, however this hasn’t stopped them from creating a poker client that both looks good, and is really easy to use. In order to play, you will need to download the poker software to your desktop, and software is available for both Mac and PC users. This software is completely free, and it shouldn’t take long to download, providing you are connected to a decent internet connection. It is not possible to play poker directly via your browser at this site.

Once you have downloaded and installed the software, you’ll find that playing poker is really easy at this site. What’s more, there are many poor players at Sportsbetting, who have decided to have a few hands after betting on sports. This is great news for more experienced players, who are looking to make some quick and easy money.

Choose from a massive range of different depositing and withdrawing options when you play at Sportsbetting, including VISA, MasterCard and Skrill.

Banking options are an often overlooked part of any online gambling site, however they are hugely important. Luckily though, anyone playing at Sportsbetting will find a huge array of different options open to them, including credit/debit cards, Skrill and Neteller. This means that everyone should easily be able to find a banking method that suits them perfectly.

With thousands of players already playing at Sportsbetting, there can be no doubting that it is a safe place to play.

Sportsbetting didn’t used to be the most reputable site around, but since being bought by BetOnline in 2012, it’s safe to say that they’ve cleaned up their act. They are licenced in Panama and there are rarely any complaints made about their poker offering online. What’s more, they now offer a good withdrawal service, which ensures players usually receive their money quickly and without any hassle.

Sportsbetting has a large variety of different games, including Texas Hold ’Em, all of which can be played for varying stakes.

The first thing to say about the poker at Sportsbetting is this: they are a part of the Chico Poker Network, and this means that there are generally quite a few other players also on the site. This means that you should never struggle to find a game when you visit. What’s more, there are a few different variations of poker to choose from – including, of course, Texas Hold ’Em – and these games can also be played at a variety of different stakes. The variety of games and stakes isn’t as large as that found at larger online poker sites though, such as PokerStars.

As already mentioned, there are quite a few inexperienced players on this site, as many have joined the site primarily to use the sportsbook service. This means that it is reasonably easy to win when playing, providing you are an experienced player. In terms of the game formats, it is possible to play cash games, sit n go tournaments and multi-table tournaments.

Play poker at Sportsbetting using a PC or Mac, however you won’t be able to use a mobile device to play at this site.

If you want to play poker from the comfort of your own home, you’ll easily be able to when you visit Sportsbetting. This is because the software can easily be downloaded to any desktop or laptop, regardless of whether it’s a PC or a Mac. If you want to play using a mobile device though, such as an iPhone or an iPad, you won’t be able to. This is because only sportsbetting and casino games are offered on the mobile site, and there is no poker app that can be downloaded. This is the main reason why some players choose to head elsewhere when choosing their next online poker site.

Poker players will be able to get loads of different promotions when they play at Sportsbetting, including a potentially huge welcome bonus.

There are absolutely loads of bonuses and promotions at Sportsbetting, which should please everyone who decides to sign up there. As with most sites, the main promotion is the welcome bonus, and this is a 100% first deposit bonus, therefore meaning that you can double your money. This bonus is not released all in one go though, but is instead released $5 at a time, with each instalment released after you’ve earned 1,500 Comp Points. The minimum you can deposit to get this bonus is $50, which is quite high, while the maximum amount you can earn from this bonus is a massive $2,500.

All new players at the site will also be able to take part in a huge $5,000 new player freeroll, which takes place every Sunday, plus there’s also a weekly leaderboard challenge, which allows all players to be in with a chance of sharing $10,000. If you enjoy playing sit ‘n go tournaments, you’ll probably enjoy the $5k Weekly Sit ‘n Go Challenge, while those who prefer MTTs will get to compete on their very own leaderboard, which has some big prizes on offer. Even if you lose, you could still win at Sportsbetting, as they also have a $100,000 Bad Beat Jackpot, which you’ll win if you lose when you have four Jacks or better. What’s more, this $100,000 is only the starting point – the prize keeps on rising as more people play.

Customer support is available 24/7 at Sportsbetting, and can be accessed using a number of different options, including live chat.

If you need to ask a question, you’ll find a number of options open to you at Sportsbetting, however most people will choose to use live chat. This is because it allows instant answers, and is completely free. You can also call them, however this will incur a charge, or you can email them. Of course, if you email them, you’ll have to wait a while to get a reply.

It’s not tough to work out that Sportsbetting is primarily a site for those looking to bet on sport, however they have managed to also create a really good poker offering – providing you want to play on a desktop, and don’t want to play poker using a mobile device. They might not have as many players as some other sites, however it’s still really easy to get a game, and all levels of players will find something that appeals to them. The fact that there are quite a few fish on the site also means that more experienced players should find it reasonably easy to make some money.

If you like bonuses, you’ll also really like Sportsbetting, as it offers many of them – including a potentially huge welcome bonus. Also, don’t be put off by any bad reviews you’ve read about the site from a few years ago – they have now been bought by a different company, and have really cleaned up their act. There are still a few minor issues to resolve, however most should really enjoy playing a few hands of poker at Sportsbetting.

Play at Sportsbetting NOW!
Back to top Back to top
Odds calculator View full page >

Get your $2,500 Bonus at Sportsbetting