It was an elating-yet-disappointing morning in Semmering for Slovakian speed specialist Petra Vlhová.

With a technically sound and fast bottom half of the course, she topped the leaderboard after the first run. But by the start of the second run, hurricane-force winds of up to 62 mph laid waste to the finish area with gusts blowing away safety fencing, rolling over sponsor banners, throwing inflatables up to the sky, and frying electronic timing equipment.

Familiar Faces on Leaderboard After Run 1

After rumors that the racers may try to pick up the second run before Tuesday’s slalom event, Gerdol said the grand slalom will be rescheduled at another venue during the season, noting “now it’s too early to decide where and when.”

Michelle Gisin (+0.35), the 2018 Olympic gold medalist in PyeongChang, was a surprise third, and Mikaela Shiffrin at +0.59s was just off the podium in fourth.

Night Slalom on Tuesday in Semmering Still On 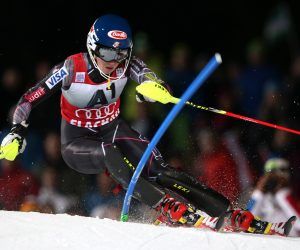 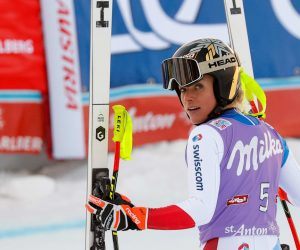