Home Politics Betting Wanna Bet on When Donald Trump Leaves Office? There’s a Prop for That

One of the tweets on President Donald Trump’s Twitter feed is a cover of Time magazine with various Trump campaign signs going off into the distant future. “Trump 2024,” followed by “Trump 2028,” “Trump 2032,” “Trump 2036,” and so on.

The October 22, 2018, cover story in Time centered on how the Trumpism movement will outlast Trump. But Ladbrokes posted a series of prop bets on when Trump will actually leave office.

Currently, MyBookie has Trump a +130 underdog for re-election while Ladbrokes is at 11/8, and Oddschecker is at 6/4. Ladbrokes gives you 5/2 Trump loses the popular vote, but duplicates his 2016 effort and wins re-election through the Electoral College.

Looking at it another way on another bet, Ladbrokes gives the Republican Party 3/2 odds on recapturing the White House.

The lines reflect several elements. Chief among them is whether or not Trump will be re-elected. Re-election means that if he serves out two full terms, and Trump exits the White House on Jan. 20, 2025.

Leaving office sooner than his term or terms end (2020, 2022, 2023, or 2024) requires either a death in office, incapacitation, successful impeachment (and conviction by the Senate), or resignation. No American president has died in office since John Kennedy’s assassination in Dallas on Nov. 22, 1963. Trump was only the third president in US history to face impeachment by the House of Representatives, joining Andrew Johnson (1868) and Bill Clinton (1998). None of the three were forced from office, after the Senate refused to convict by the two-thirds vote margin the US Constitution requires.

That leaves resignation, the fate of only one president in US history – Richard Nixon in 1974. Nixon resigned the Presidency on Aug. 8, 1974, following the release of the “smoking gun” tape that proved he covered up the Watergate scandal.

If Trump resigns the Presidency, the likely reason will be for crimes he may have committed while in office. Toward that end — as part of their “Trump Specials” betting lines — Ladbrokes issued prop bets of varying degrees of quirkiness. In what’s likely the quirkiest bet, you can get 33/1 odds that Trump will be in Moscow on Feb. 1, 2021.

Another gives you 4/1 odds Trump will pardon himself in his first term. Barring death, resignation, or incapacitation, that ends at noon ET Jan. 20, 2021, whether he’s re-elected or not. The rules on Presidential self-pardons are muddied. During Watergate, President Nixon’s attorney suggested to him a self-pardon would be legal. However, after the “smoking gun” tape became public, the Justice Department wrote an opinion stating that a president cannot pardon himself.

Nearly five decades removed from the end of Watergate and Nixon’s Presidency, legal scholars remain divided on whether a President can self-pardon himself.

The one and only time a former president grabbed a pardon was 46 years ago this September. That came when Gerald Ford gave Nixon a “full, free, and absolute pardon” for any crimes he may have committed against the United States while President.

That controversial pardon came a month after Nixon resigned the Presidency. It also played a large part in Ford losing the 1976 election to Jimmy Carter.

Should Trump resign for whatever reason while in office, Vice President Mike Pence would assume the presidency. Ladbrokes is offering 3/1 odds that Pence will succeed Trump as President, for any reason. In American history, a full one-fifth of vice presidents – nine – ascended to the presidency through either presidential death (eight) or resignation (one).

Probably the biggest underlay odds-wise is Ladbrokes’ 50/1 offering that Trump will be the sitting US President on Feb. 1, 2025. For that to happen, minus a coup d’etat, the Constitution would have to be amended to repeal the 22nd Amendment.

Passed in 1947 by a Republican-dominated Congress terrified of a repeat of Franklin Roosevelt’s 13 years in office, the 22nd Amendment was ratified by the states in 1951. The amendment states “No person shall be elected to the office of the President more than twice.” Since then, several congressmen tried repealing the 22nd Amendment, but none of the bills emerged from committee.

Why is this such a ridiculous underlay? The Senate historical staff estimates that Congress proposed nearly 11,700 amendment changes through 2016. Only one amendment – the 18th, which created Prohibition in 1919 – was repealed.

So the Time article and subsequent tweet showing “Trump 2036” and so on has a Constitutional block. It wasn’t the first time a Trump tweet was blocked. 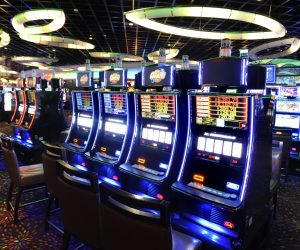 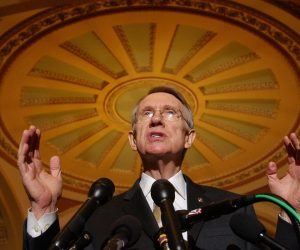