Lineal heavyweight champion Tyson Fury has announced that the highly anticipated rematch between him and WBC heavyweight titleholder Deontay Wilder will take place in Las Vegas on Feb. 22 of next year.

The announcement came during a segment on ESPN’s Now or Never that aired on Friday.

Boxing fans have been clamoring for a rematch ever since the two fought on Dec. 1, 2018 in Los Angeles. The thrilling fight ended in a split decision draw after Fury (28-0-1, 20 KOs) appeared to dominate most of the fight, but Wilder (41-0-1, 40 KOs) scored two knockdowns, including one in the 12th and final round that many thought had ended the fight before Fury somehow got back to his feet.

The draw is still the only blemish on either man’s record. Both have fought once since them, with Wilder earning a first-round knockout over Dominic Breazeale in May, while Fury eased to a second-round TKO win over Tom Schwarz in June.

The rematch is contingent on both men winning their next scheduled fights. Fury is a massive favorite in his Sept. 14 bout against Otto Wallin (20-0, 13 KOs), with the Borgata making him a -2500 pick to win.

Wilder has a tougher test in Luis Ortiz (31-1, 26 KOs), who lost to Wilder by 10th round TKO is a wild March 2018 fight that had gone back and forth throughout the night. Still, FanDuel Sportsbook makes Wilder a solid -650 favorite over the 40-year-old Ortiz (+440). While that fight has yet to be officially scheduled, it is expected to take place in November.

Fury: ‘I Have to Knock Him Out’

Ever since their first fight, both Fury and Wilder have contended that they believe they should have won the decision, with Fury pointing to the overall numbers and Wilder noting the two knockdowns. For his part, Fury says that he doesn’t want to take any chances when it comes to the judges the second time around, fearing that he can’t get a fair shake against an American champion in the United States.

“I have to knock him out in the rematch,” Fury said on Now or Never. “It’s not going to play into my hands to get robbed again, and I don’t plan to come to America to get robbed on two decisions. I’ve seen it happen in the past, and I don’t want to see it again.”

Regardless of Fury’s concerns, however, bookmakers are giving him the slight advantage heading into the rematch. DraftKings Sportsbook has Fury listed as a -137 favorite over Wilder (+110), perhaps on the belief that Fury has continued to look better since returning to the ring in 2018 after a three-year layoff.

Fury and Wilder are two of what now look to be four primary contenders in boxing’s heavyweight division. Anthony Joshua (22-1, 21 KOs) was once part of a trio of undefeated champions at the top of the division, but his loss to Andy Ruiz Jr. (33-1, 22 KOs) in June changed the complexion of the heavyweight landscape.

Ruiz, now the WBA, IBF, WBO and IBO world heavyweight champion, will meet Joshua for a rematch in December, with FanDuel making Joshua (-320) a clear favorite – but far less of one than he was heading into the first fight. 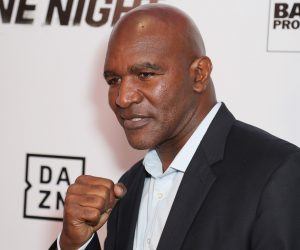