President Trump’s impeachment odds were relatively stable after the first day of public hearings. Since both of Wednesday’s witnesses had already testified in closed sessions, there were few surprises to inspire the betting markets. But that may change as the House of Representative’s hearings progress.

While Wednesday’s testimony was damaging, it wasn’t particularly enlightening. It was mostly a rehash of the witnesses’ previous testimony. And William Taylor’s closed hearing transcript and George Kent’s closed hearing transcript had already been released. So with little new material for bettors to chew on, the impeachment betting market paused. And that is something for political bettors to note.

So far, the biggest moves in impeachment betting markets have been associated with blockbuster news. For instance, impeachment odds shifted back in July 2018 when, against prevailing wisdom, Trump had a private meeting with Russia’s President Putin in Helsinki. After the meeting, Trump seemed to propagate Putin’s denial of US election interference.

The odds made another big move in August 2018. That’s when Trump’s former personal lawyer Michael Cohen reached a plea deal with prosecutors. At the same time, Trump’s former campaign manager Paul Manafort was convicted of eight criminal counts including tax and bank fraud. Bettors speculated that Trump’s associates would dish on Trump in exchange for leniency.

Impeachment odds jumped again this September. Driven by the details of a July call between Trump and the Ukrainian president, impeachment odds nearly doubled. According to a whistleblower’s account of the call, unless Ukraine investigated one of Trump’s political rivals, it wouldn’t receive US aid. This revelation triggered a formal impeachment inquiry by the House.

Impeachment Bettors in for a Marathon of Sprints

The bet that President Trump will be impeached by the House before the end of his first term will be won or lost on weeks of mostly tedious testimony. In the mean time, impeachment markets will likely react only to surprise.

Entering the second day of open hearing testimony, the markets indicate a 75% probability of a first term impeachment. The current impeachment odds are:

In the weeks to come we will break down all the market moves and news associated with the open hearings. 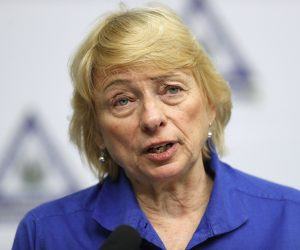