That’s the highly competitive and extremely lucrative stakes series for top runners on both turf and dirt.

The Saturday highlight is the 1 1/4 mile, $1 million Belmont Derby Invitational Stakes. That’s a top-level turf event where fans and bettors are expecting to see an international field of 14 three-year-olds compete in the sixth edition of this premier grass race.

Here are the other major races of prominence as part of the racing festival:

For the entire field for all five of these major events and the complete 11-race card, click here.

The big day and the Sunday card that follows wrap up Belmont’s 48-day spring/summer meeting featuring Sir Winston’s Belmont Stakes victory June 8. However, race fans are lamenting that the rigors of the Triple Crown trail are taking its toll on many top competitors. They include Kentucky Derby official winner Country House and Sir Winston. Both are now out of training awaiting, most likely, a 2020 campaign as four-year-olds.

Saratoga opens on July 11. That’s earlier than usual this year. The move is part of a new five-day-a-week racing schedule that’s supplanting the previous customary six days-a-week schedule. Track officials are hoping that by opening earlier in July and giving up Monday racing that more horses will be able get an additional start at the historic upstate oval.

The runners return to Belmont Park on Sept. 6 for a month before heading to Aqueduct for a race meet that begins in autumn and concludes next spring. 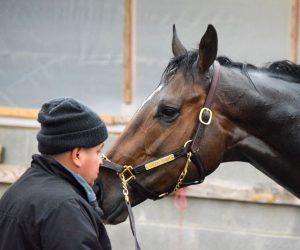 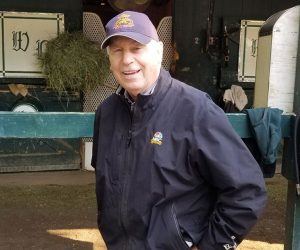 Iconic Trainer Lukas Back in the Oaklawn Park Saddle