On the heels of the NHL postponing three events, and the remainder of its regular-season schedule in doubt, a third player tested positive for coronavirus on Thursday. An unidentified member of the Colorado Avalanche was diagnosed with Covid-19 and team officials say they are not where he contracted the disease. They said in a statement the player has already fully recovered.

“The player has been at home in isolation since the first symptoms appeared, has recovered, and is back to normal,” the statement read. “The Avalanche have notified anyone who has had known close contact with the athlete. The Avalanche organization will continue to work in conjunction with our medical staff and public health officials to do everything we can to help the Avalanche community remain safe and healthy during this time.”

The Avalanche played in two coronavirus “hot spots” — San Jose, California and Ottowa, Canada — shortly before the NHL suspended the regular season. The Avalanche player joins two other NHL players to come down with coronavirus; two unidentified members of the Ottawa Senators were diagnosed within four days of each other. The first announcement of a player contracting coronavirus came on March 17.

Because of the coronavirus outbreak, the NHL postponed the regular season on March 12. Now they have also put three other hockey events on hold. The decision was made in a conference call on Wednesday with the league’s 31 general managers.

The first is the NHL Combine, which was scheduled for June 1-6 in Buffalo. The next item put on the shelf was the NHL Awards ceremony on June 18 in Las Vegas. The league has held the show in Las Vegas since 2009, and said it is looking forward to returning. They did not give a specific date for when the awards may be held.

The NHL Draft is also a casualty of the coronavirus outbreak. It was scheduled to be held in Montreal, Canada on June 26-27. In a statement, the league said “the location, timing, and format of the 2020 NHL Draft (and Draft Lottery) will be announced when details are finalized.”

What About the Season?

“Our goal is to resume play as soon as it is appropriate and prudent, so that we will be able to complete the season and award the Stanley Cup,” Bettman said on March 12.

The NHL hoped to return in June, but that seems to be optimistic at this point, according to the league’s chief medical officer, Dr. Willem Meeuwisse.

“It’s difficult to predict where the pandemic is going and what the timeline will be,” Meeuwisse said in a conference call with reporters on Wednesday. “But we do expect this is going to get worse before it gets better.”

With the Olympics now postponed until 2021, the NHL might shoot for their date of July 24. NBC, which holds the rights to both the Olympics and NHL broadcasts, will have open slots to fill.

Meeuwisse, however, cautioned against forcing a resumption to the season. 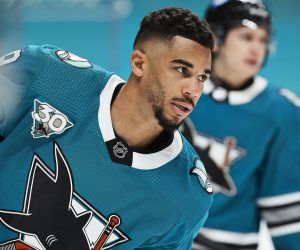 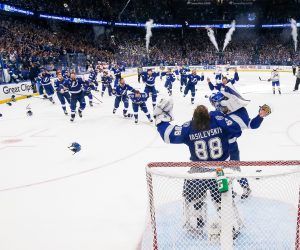 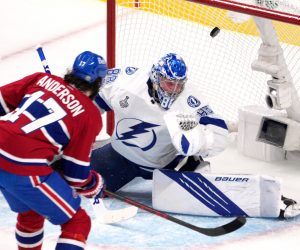 Stanley Cup Final Game 5: After Near Miss, Lightning Look to Close Out Canadiens in Tampa Bay