Internationale Milano was crowned champion in Serie A for the first time in 11 years.

In 2010, when Inter last won the national title, Mourinho was in charge. Inter went on to win the Italian Cup and the Champions League in the same season, completing the perfect treble. In 2021, the Italian giants won the league with Antonio Conte as the team’s head coach. It’s the 19th title in the club’s history.

Conte is a longtime rival of Mourinho’s, whom he confronted when they both worked in the Premier League. Conte, a former midfielder for Inter’s arch-rival, Juventus, is a legend of the game. The 51-year-old spent 13 years as a player at Juventus, captaining the team. When he moved into management, Conte got the chance to work at Juve again, winning three consecutive titles in 2012, 2013, and 2014. Juve went on to win no fewer than nine in a row, only for Conte to stop them this year with Inter.

30,000 fans ignored restrictions and celebrated together

Inter’s win was met with great enthusiasm by the team’s faithful. The Nerazzurri supporters met downtown in front of the iconic Duomo di Milano, where more than 30,000 fans gathered to celebrate. Milan was one of the worst-hit cities in Europe when the COVID pandemic erupted at this time last year. Although authorities asked fans to keep social distance, the mass couldn’t be contained.

Inter not only beat their big domestic rivals – Juventus and AC Milan – to the title, they did it in amazing style. With four games remaining before the end of the season, Inter is 13 points ahead of both teams. With 21 goals to his name, Belgian striker Romelu Lukaku has been Inter’s most important man over the entire campaign. The former Man United and Chelsea player also contributed with 10 assists to his colleagues’ goals. Argentinian forward Lautaro Martinez comes second in the efficiency tables, with 15 goals scored and five assists.

What’s next for Inter?

Conte was close to quitting last season after Inter failed to stop Juve’s dominance and lost the Europa League final to Sevilla. The board reaffirmed its commitment to Conte, which turned out to be a great decision. Now the manager hopes to make the next step and take Inter back to European glory. This season, the team disappointed, finishing fourth in a group with Real Madrid (Spain), Borussia Moenchengladbach (Germany), and Shakhtar Donetsk (Ukraine). Conte plans to add some more world-class players to his team to push the entire group to the next level.

Having lost just two out of the 34 games he played this season in Serie A, Conte is expected to give minutes to the players he used less. The biggest surprise could come with the replacement of club captain Samir Handanovic in goal. Andrei Radu, the 23-year-old Romanian goalkeeper, could be given the chance to play his first games this season. 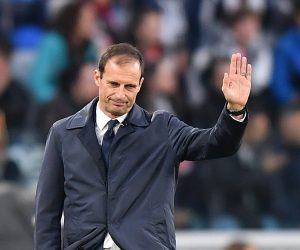 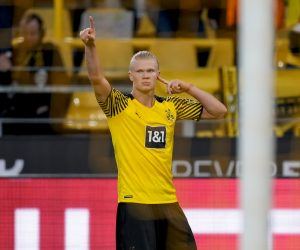