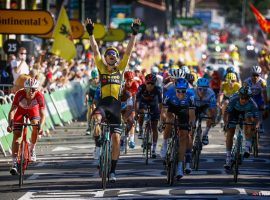 Another day, another victory for Jumbo-Visma. For the second time in the last three days, Wout Van Aert (Jumbo-Visma) won a sprint stage. Van Aert rode to victory in Stage 5 at Privas and he emerged victorious once again during a short and flat ride from Millau to Lavaur in […]