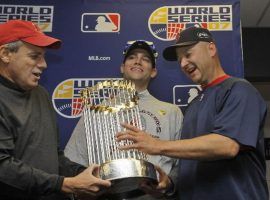 Terry Francona earned his two World Series rings by managing the Red Sox to titles in 2004 and 2007. Now, the current Cleveland Indians skipper has gotten those prizes back, a month after they were stolen from his home. According to a police report from the Pima County Sheriff’s Department […]