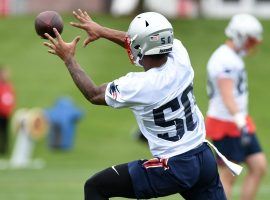 A handful of rookies are among this year’s fantasy football WR sleepers such as N’Keal Harry (New England Patriots), Mecole Hardman (Kansas City Chiefs), and Deebo Samuel (San Francisco 49ers). At the same time, several #2 wideouts could be primary targets on more than half the teams in the league […]