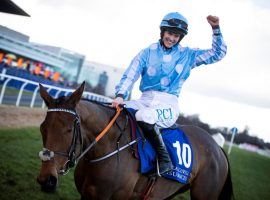 In any other year, Rachael Blackmore’s Champion Hurdle victory aboard Honeysuckle would send Cheltenham into delirium. The Gloucestershire city would palpitate with electricity that could power the entire region. But this being anything but an ordinary year, the buzz surrounding Blackmore’s historic feat was saved for the electronic devices used […]