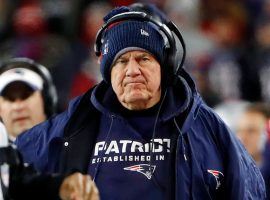 The New England Patriots have suspended the video producer in charge of filming the Cincinnati Bengals sideline last week, according to the Boston Globe. Dave Mondillo, a longtime employee of Kraft Sports and Entertainment, was at Cleveland’s FirstEnergy Stadium overseeing a film crew for a Patriots’ online series entitled “Do […]