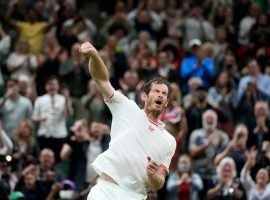 Andy Murray showed his British fans that he still has something left in the tank on Monday, as the former world No. 1 defeated Nikoloz Basilashvili to win his first-round match at Wimbledon. Murray hadn’t competed at Wimbledon since 2017, when he suffered a hip injury during the tournament. Murray […]