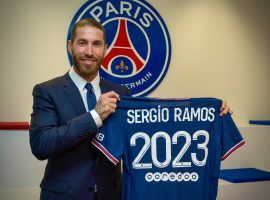 Real Madrid’s former captain joined Paris Saint-Germain as a free agent this summer. The defender has been sidelined with injury since his arrival in the French capital four months ago and has yet to make his debut in the PSG shirt. Ramos hasn’t featured in an official game since May, […]