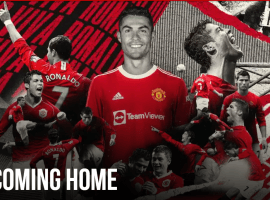 Manchester United announced on Friday that there is a transfer agreement with Juventus for Cristiano Ronaldo. On Tuesday, Ronaldo was officially unveiled as a Man. United player. The English giants will pay Juve a $17.6 million transfer fee. The amount could go up by $9.4 million, depending on certain clauses. […]