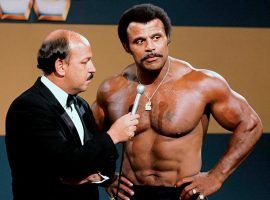 Wayde Douglas Bowles, otherwise known by his iconic WWE wrestling name, Rocky Johnson, passed away at the age of 75. Rocky Johnson won the tag team title in 1983 with Tony Atlas, but he is most known in some circles as the father of ex-wrestler and Hollywood star, Dwyane ‘The […]