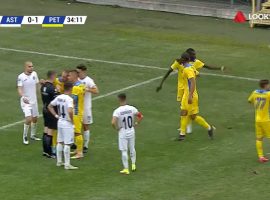 The second-tier game between Astra Giurgiu and Petrolul Ploiesti in Romania offered one of the most important stories of the weekend in European football. Tiberiu Giuroiu saw a straight red after 34 minutes for racially insulting Petrolul’s Malian striker Sory Diarra. The two were involved in a heated dispute for […]