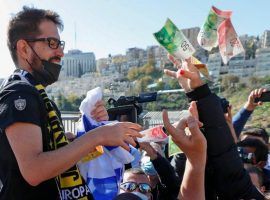 The owner of Beitar Jerusalem in the Israeli Premier League has been arrested alongside seven others on charges of cryptocurrency fraud. According to the Israeli Police, the estimated worth of the fraud reaches hundreds of millions of U.S. dollars. Moshe Hogeg, the boss of Beitar, was held in the early […]