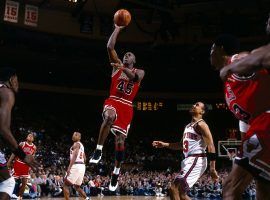 In the summer of 1996, Michael Jordan almost joined the New York Knicks when they dangled a $25 million deal in front of him hoping to lure Air Jordan to MSG in NYC. At the time, Jordan earned a paltry $3 million per year with the Chicago Bulls. Wiser minds […] 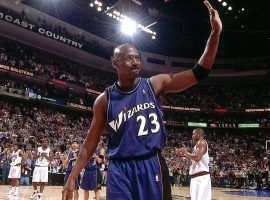 After a three-year layoff, Michael Jordan laced up his sneakers and unretired for the second time in his storied NBA career when he joined the Washington Wizards for the 2001-02 and 2002-03 seasons. While the ESPN documentary series “The Last Dance” covered Jordan’s final season with the Chicago Bulls, his […] 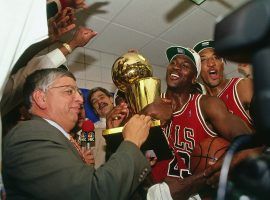 Between 1991 and 1998, Michael Jordan led the Chicago Bulls to six NBA titles during their 1990s dynasty, bookended by three-peats before general manager Jerry Krause broke up the team, and Jordan retired for a second time. It’s no surprise that Jordan was named MVP of the NBA Finals in […] 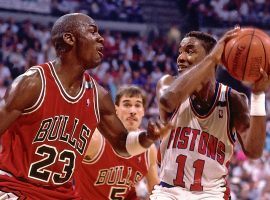 “The Last Dance” documentary on Michael Jordan referenced the “Jordan Rules” multiple times. The “Jordan Rules” were a specific set of rules the Detroit Pistons conjured up to stop Air Jordan and the Chicago Bulls in the playoffs. In addition, sportswriter Sam Smith titled a searing tell-all book published in […] 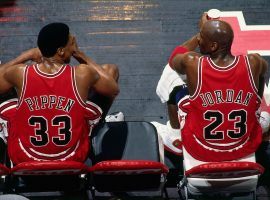 ESPN aired the first two episodes of “The Last Dance,” the documentary about Michael Jordan and his final season with the Chicago Bulls in 1997-98 as they sought to win their sixth championship and complete a second three-peat. The first episode revealed Jordan’s origin story from the freshman named “Mike” […] 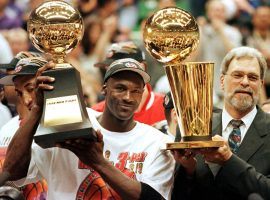 ESPN announced it’s moving up the air date for “The Last Dance”, a 10-part documentary series on basketball legend Michael Jordan. The highly anticipated series on one of the world’s greatest professional athletes will air on Sunday nights starting April 19, 2020. The series will focus on the final championship […]