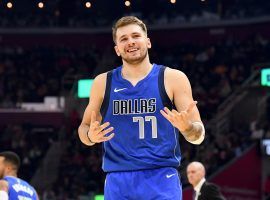 Luka Doncic, the Slovenian wunderkind, signed a super-max contract with the Dallas Mavericks worth $207 million over five years. The new contract extension begins next season and will keep Doncic with the Mavs until 2027. Doncic finished in fifth place in MVP voting last season after finishing the year averaging […] 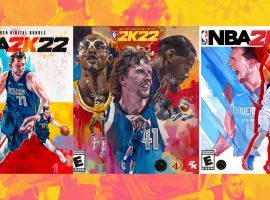 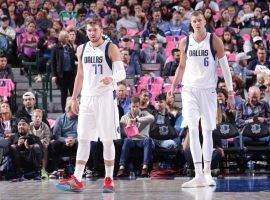 The Dallas Mavericks have a once-in-a-lifetime player with Luka Doncic, and the young gun from Slovenia intends to remain with the Mavs by signing a super-max contract extension. That squashed any rumors that Doncic would leave the Mavs in free agency to join the New York Knicks or Miami Heat […] 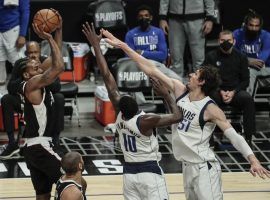 The cruse of the Los Angeles Clippers looms with the squad down 3-2 against the Dallas Mavericks. Kawhi Leonard and the Clippers are on the brink of elimination in a must-win Game 6 against Luka Doncic and the Mavs in Dallas. The Clippers have horrible luck in the postseason, which […] 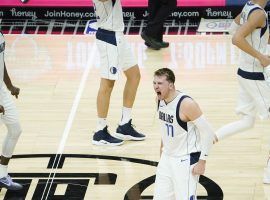 Luka Doncic and the #5 Dallas Mavericks ransacked Hollywood, gave everyone a fantastic show, and stole two road wins against the #4 Los Angeles Clippers. The dazed and confused Clippers trail the Mavs 0-2 with the series continuing with Game 3 in Dallas. The series shifts from Southern California to […] 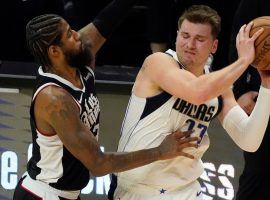 The first round of the 2021 NBA Playoffs tipped off over the weekend and five players excelled in Game 1, including Luka Doncic, who tallied a triple-double for the Dallas Mavericks in a victory over the LA Clippers. Other notable NBA High Guys this weekend included Tobias Harris (Philadelphia 76ers), […] 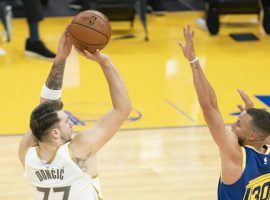 The Dallas Mavericks and Golden State Warriors met in a widely anticipated matchup between two of the best gunslingers in the West, with Luka Doncic and Steph Curry. Doncic lit up the Golden State Warriors for 39 points in a 133-103 blowout and outgunned Curry, who tallied just 27 points […] 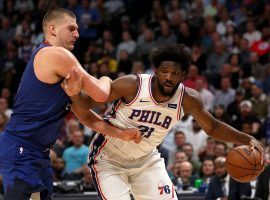 Heading into the All-Star Break, Joel Embiid is the new betting favorite to win the 2021 NBA MVP at +200 odds, slightly ahead of LeBron James. Luka Doncic, the preseason consensus favorite to win MVP, saw his MVP odds slip to +1200. The Greek Freak won the MVP the last […] 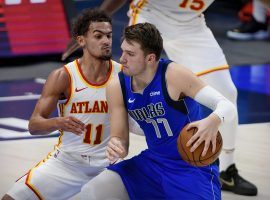 In the latest installment of NBA High Guys, LeBron James and Luka Doncic both secured triple-doubles this week. Meanwhile, Zach LaVine lit up the New Orleans Pelicans with nine 3-pointers, scoring 46 points in an impressive victory for the Chicago Bulls. Giannis Antetokounmpo also had a milestone night when the […] 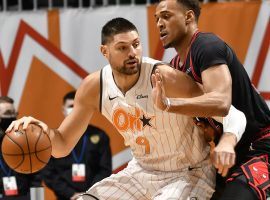 In the latest installment of NBA High Guys, Nikola Jokic makes a repeat performance after posting the first 50-point game of his career with the Denver Nuggets. Luka Doncic, Nikola Vucevic, and Kelly Oubre also set career-scoring highs over the weekend. Vucevic, the Orlando Magic’s big man, heard his name […] 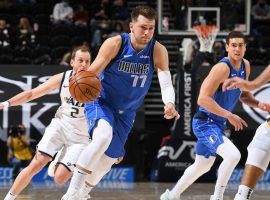 The Dallas Mavericks saw their losing streak reach five games in a row after a tough loss against the Phoenix Suns, who were without leading-scorer Devin Booker due to a hamstring injury. The Mavs and Luka Doncic have a rematch against the Suns on Monday night to complete the two-game […] 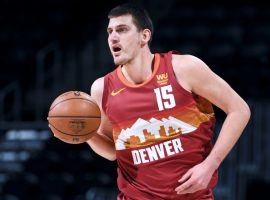 Coming into the start of the NBA season, both Luka Doncic and Giannis Antetokounmpo were co-favorites to win the 2021 NBA MVP. Now, after the first month of the NBA season, Kevin Durant and Nikola Jokic have seen their MVP odds bump due to strong starts. The Greek Freak is […] 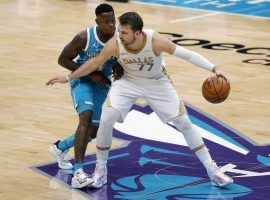 The NBA loves to hype a game with two of its young superstars, which is why Luka Doncic and the Dallas Mavericks versus the Greek Freak and Milwaukee Bucks will be must-see TV on Friday evening. The Denver Nuggets and Utah Jazz meet in a rematch of their epic Western […] 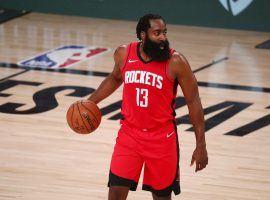 DraftKings updated its selection of NBA player futures. You can wager on the scoring average for your favorite player or, if you prefer, you can fade your least-favorite player and hope he has a terrible season. As expected, James Harden is at the top of the list with a 33.5 […] 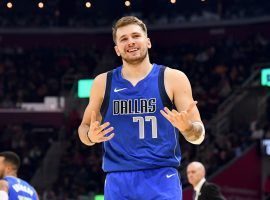 The Houston Rockets dominated the NBA Southwest with three-straight division titles, but there’s a new sheriff in town. The Dallas Mavericks, led by Slovenian wunderkind Luka Doncic, are -225 odds favorites to win the Southwest division according to a recent update by DraftKings. Doncic, 21, is about to start his […] 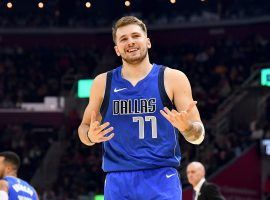 The Westgate SuperBook in Las Vegas released MVP odds for the 2021 NBA regular season and the Dallas Mavericks’ Luka Doncic is the current favorite at 5/1 odds. The Greek Freak is right behind him at 6/1 odds to win a third-straight MVP award. LeBron James hasn’t won a regular-season […] 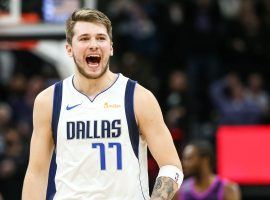 Dallas Mavericks wunderkind, Luka Doncic, will miss the at least the next five games due to an ankle injury. But the overly cautious Mavs might sit Doncic out until the All-Star Break to allow him to fully heal. The Mavericks (30-19) are currently in the #6 playoff seed in the […] 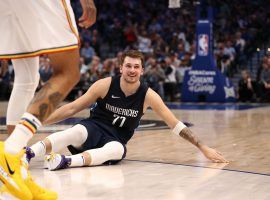 Another day, another triple-double for Dallas Mavericks swingman Luka Doncic. Doncic finished with 35 points, 11 assists, and 10 rebounds in 25 minutes of action during a 48-point blowout against the Golden State Warriors. The banged-up and short-handed Warriors slipped to 3-13 without Steph Curry, Klay Thompson, and Draymond Green […] 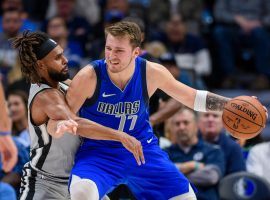 Luka Doncic accomplished something only LeBron James has done before. On Monday, the Slovenian prodigy put up a 40-point triple-double in the Dallas Mavericks 117-110 win over the San Antonio Spurs. Doncic and James are the only two players to have put together such a game before their 21st birthdays, […] 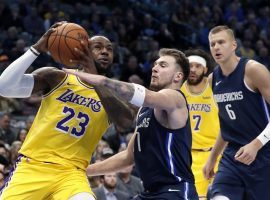 Less than a week into the new NBA season, second-year players Trae Young (Atlanta Hawks) and Luka Doncic (Dallas Mavericks) appear to have avoided the sophomore slump that often plagues top rookies, and are each leading their teams in scoring with 26-plus points per game. Doncic already posted a triple-double […]