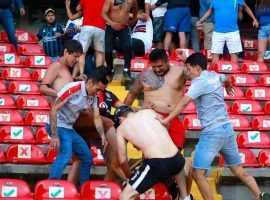 Unofficial reports claim at least 17 people lost their lives during the confrontations between Queretaro and Atlas supporters at the weekend. Despite not confirming any casualties, the Mexican Football Federation and the Liga MX officials have slapped Queretaro with lengthy bans. As a result, the club received a one-year stadium […] 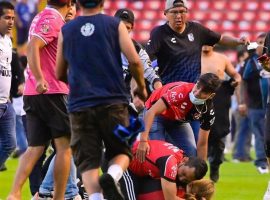 The Liga MX game between defending champions Atlas FC and Queretaro was stopped in the second half after acts of violence in the stands moved onto the pitch. The salvage incidents left at least 17 people dead and another 22 seriously injured, according to various sources. Mexican authorities only released […]