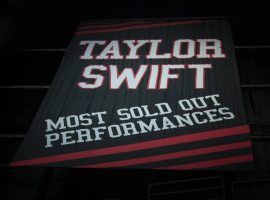 Ask any Los Angeles Kings fan and they’ll tell you the franchise fell under a curse after the Staples Center hung a Taylor Swift banner in the rafters. Ever since the Taylor Swift banner appeared alongside two banners commemorating the Kings’ Stanley Cup victories in 2012 and 2014, the jinxed […]