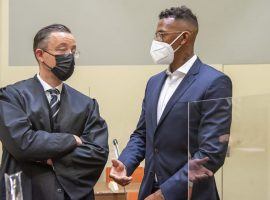 Jerome Boateng, a Germany World Cup winner in 2014, was found guilty of assaulting his former partner in 2018. He will need to pay the woman $2.13 million. Boateng received the verdict during a court meeting in Munich. Prosecutor Stefanie Eckert called for a suspended 18-month jail sentence and a […]