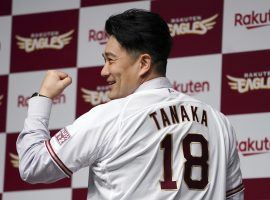 After a seven-season stint with the New York Yankees, starting pitcher Masahiro Tanaka returned to Japan after he signed a two-year contract to play with his old team, the Tohoku Rakuten Golden Eagles. The Yankees added starting pitcher Jameson Taillon to fill an open spot in the rotation. The Yanks […]