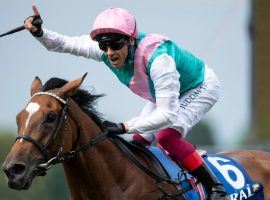 What’s been a given in Europe became a given throughout the world when Frankie Dettori captured the title of World’s Best Jockey for the third consecutive year in 2020. The award came from the International Federation of Horseracing Authorities (IFHA). The award isn’t subjective. It’s based on a rider’s performances […]