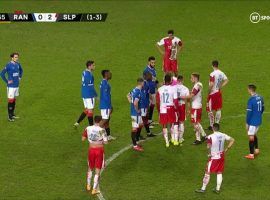 UEFA announced the suspension of Ondrej Kudela, a defender from Slavia Prague, following a racist incident during a game in Glasgow last month. In the dying moments of the Europa League’s round of 16 game between Rangers and Slavia on March 18, Kudela was accused of racially abusing Rangers’ midfielder […]