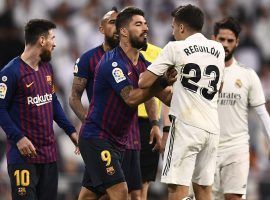 Barcelona hosts Real Madrid on Wednesday in the first El Clasico of the La Liga season, a match that’s taking place two months after it was originally scheduled due to widespread protests in Catalonia. The hope is that football will take center stage when the two La Liga leaders hit […]