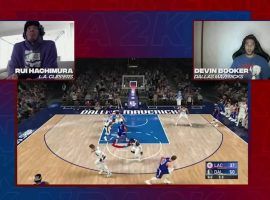 Devin Booker and Deandre Ayton, teammates on the Phoenix Suns, met each other in the championship of the 16-team “players only” NBA 2K tournament hosted on Xbox One. Booker defeated Ayton by winning Games 1 and 2 in the best-of-three championship series. “I said in the beginning that it was […]