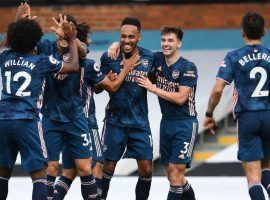 Arsenal captain Pierre-Emerick Aubameyang reportedly contracted malaria while on international duty with Gabon’s national team at the end of March. According to club sources, the forward spent two days in the hospital this week to be kept under observation and given the best possible care. Aubameyang didn’t play last weekend […]