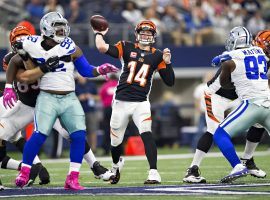 In a move that Jerry Jones insists has nothing to do with starting quarterback Dak Prescott’s contract negotiations, the Dallas Cowboys signed Andy Dalton to a one-year deal worth upwards of $7 million. Dalton, 32, turns 33 in October. He’s expected to backup Prescott. Both the Cowboys and Prescott have […] 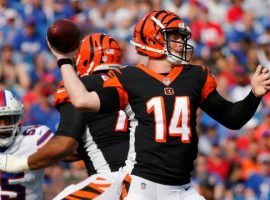 Sunday’s Week 13 slate features 11 games with plenty of potential for firepower from big-time DFS point earners like Patrick Mahomes and Christian McCaffrey. To squeeze in these high-priced guys, we need some cheap DFS plays this week. Luckily, I’ve found my usual five for $5,000 or less. Consider these […] 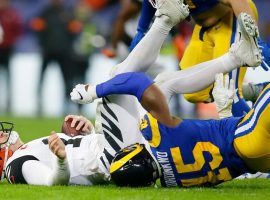 In a futile effort to jumpstart a winless Cincinnati Bengals team that began the season 0-8, head coach Zac Taylor benched starting quarterback Andy Dalton in favor of rookie backup Ryan Finley. Finley, a rookie out of North Carolina State who has never taken a snap in an NFL game, […] 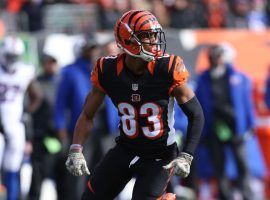 We have a matchup that oddsmakers expect to be close tonight in Monday Night Football, with the Cincinnati Bengals visiting the Pittsburgh Steelers. The Steelers are favored by 2.5, but I’ll be making a Bengals player my captain in guaranteed prize pool, Monday night showdown tournaments. Tyler Boyd Boyd has […]