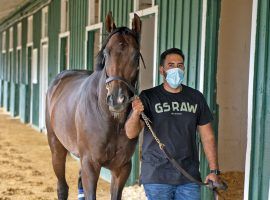 That Jesus’ Team is running in a race named after Alydar is rather apt; a case of history going in circles rather than a straight line. First things first, however. Friday’s Alydar, named after the horse who finished second to Affirmed in all three legs of the 1978 Triple Crown, […]