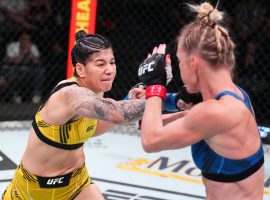 Most pundits thought Holly Holm had done just enough to win in her return fight on Saturday night. The judges, however, gave a key split-decision victory to Ketlen Vieira instead in the main event of UFC Fight Night 206. Vieira (13-2) won a split decision over Holm by a razor-thin […]