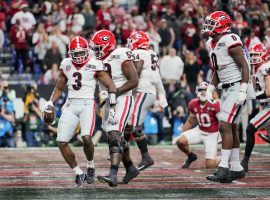 The Georgia Bulldogs won their first college football national title since 1980 on Monday night, beating Alabama 33-18 in the College Football Playoff National Championship. But even that wasn’t enough to unseat the Crimson Tide as favorites to win the crown next season. Alabama opened as the favorite to win […] 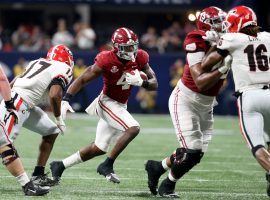 The Georgia Bulldogs will try to finally overcome their nemesis on Monday night when they face the Alabama Crimson Tide in the College Football Playoff National Championship at Lucas Oil Stadium in Indianapolis. The Bulldogs enter the game as a 2.5-point favorite over Alabama, according to FanDuel Sportsbook. Alabama, Georgia […] 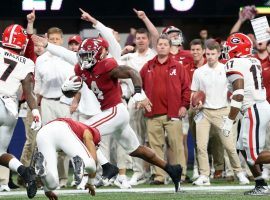 On Dec. 4, Alabama crushed Georgia 41-24 to win the SEC Championship as an underdog, a rare position for college football’s most dominant team. The Crimson Tide will find themselves in that same role when they take on the Bulldogs in a rematch next week in the College Football Playoff […] 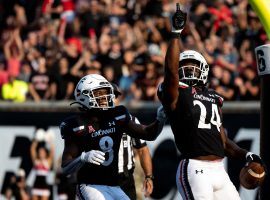 The Cincinnati Bearcats are already enjoying a historic season. They’ve gone undefeated and become the first Group of 5 team ever to reach the College Football Playoff. But to truly prove they belong with the elite, they’ll need to beat Alabama in the Cotton Bowl on Friday and advance to […] 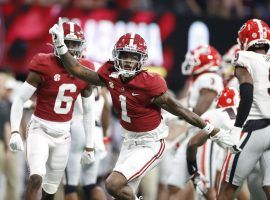 For several weeks, fans and pundits argued over which four teams should make the College Football Playoff field. Various scenarios promised chaos and controversy on decision day. By Sunday, however, picking the four-team field to fight for the national championship became a no-brainer. Alabama, Michigan, Georgia, and Cincinnati will play […] 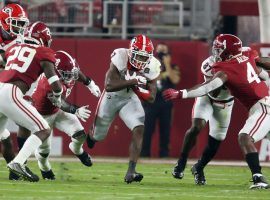 Alabama hasn’t been the underdog in a college football game since Oct. 3, 2015, but that’s exactly the position the Crimson Tide will find themselves in on Saturday when they face No. 1 Georgia in the SEC Championship. Georgia was also the last team to put Alabama in that position, […] 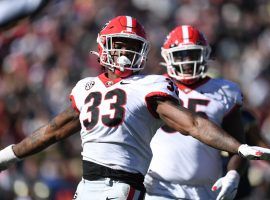 With only a few relevant conference championship games remaining on the schedule, there’s still plenty of uncertainty surrounding the College Football Playoff field. But while the exact makeup of the top four remains undecided, the contenders are now clear – even if the committee’s decisions will remain a mystery until […] 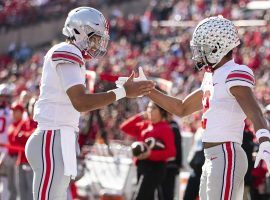 Michigan State enjoyed just one week as the darling of college football, as the Spartans lost 40-29 to the Purdue Boilermakers on Saturday to cripple their national championship odds. The loss dropped Michigan State from No. 3 to No. 7 in the College Football Playoff rankings this week. Buckeyes among […] 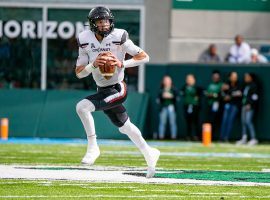 The Cincinnati Bearcats are undefeated and hold a notable road win over Notre Dame. But those accolades weren’t enough for the College Football Playoff committee to place them in the top four of the initial CFP rankings, jeopardizing Cincinnati’s national championship hopes. Cincinnati came in at No. 6 on the […] 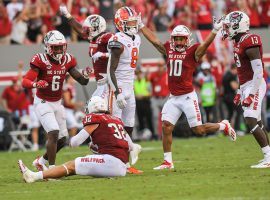 When Clemson lost to Georgia in its opening game of the season, there was disappointment for the Tigers, but no real panic. That changed on Saturday when NC State upset Clemson 27-21 in overtime to all but sink the Tigers’ chances of winning a national championship. Clemson (2-2) fell to […] 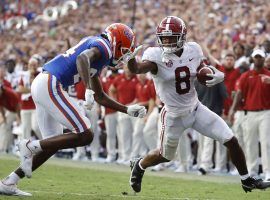 Alabama escaped its trip to Florida with a hard-fought 31-29 victory over the Gators. That result was still enough to shake up the national championship odds at sportsbooks, as the Crimson Tide look just a bit more vulnerable than they did a week ago. Alabama (3-0) jumped out to a […] 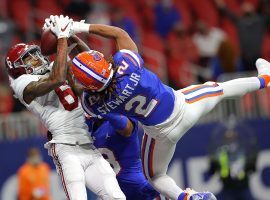 The top-ranked Alabama Crimson Tide have easily won their first two games this season, and are once again eying the College Football Playoff and a potential national title. But they’ll face the toughest challenge of the young season so far when they travel to face the No. 11 Florida Gators […] 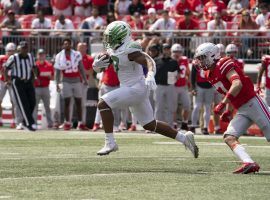 The Oregon Ducks put themselves in position to make a run at their first College Football Playoff berth since 2014 by scoring a 35-28 win on the road at Ohio State on Saturday. That victory earned them the No. 4 ranking in the latest AP poll. The Buckeyes entered the […] 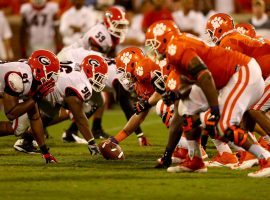 Two teams with national title ambitions will face off in Saturday’s marquee matchup, as Georgia and Clemson take top billing in a jam-packed opening weekend for the 2021 college football season. Clemson will host Georgia and currently stands as a 2.5-point favorite, according to FanDuel Sportsbook. No. 5 Georgia at […] 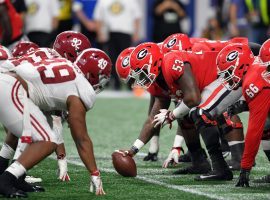 As usual, the SEC boasts a combination of strength and depth for the 2021 college football season that no other conference can match. But while plenty of good teams will line up across the conference this fall, only Alabama and Georgia start the season as likely contenders to win the […] 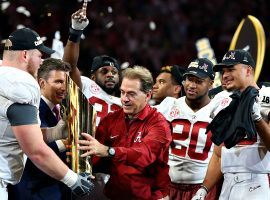 Alabama, Clemson, Ohio State, and Ohio State are the four teams that will play in the College Football Playoff for a shot at the national championship. Texas A&M, Oklahoma, and Cincinnati were left out by the CFP committee when the teams were announced on Sunday. Alabama will face Notre Dame […] 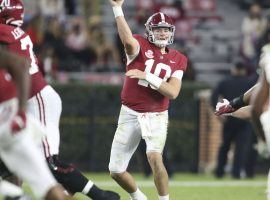 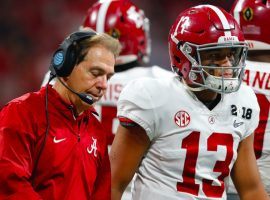 Alabama football coach Nick Saban has spent the last few days answering his critics about his handling of quarterback Tua Tagovailoa. Some fans and media blasted Saban for leaving the star QB in last Saturday’s game against Mississippi State, despite having a big lead. The Crimson Tide led 35-7 with […]