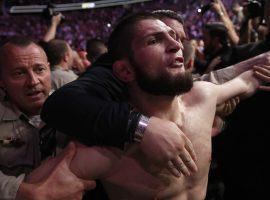 The Nevada Athletic Commission has issued 10-day suspensions to both Khabib Nurmagomedov and Conor McGregor, initiating the formal beginning of the disciplinary process against the fighters. The suspensions come in the wake of the post-fight brawl that followed the UFC 229 main event, in which Nurmagomedov submitted McGregor to retain […] 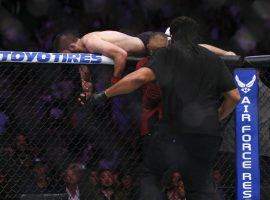 The Nevada Athletic Commission (NAC) is expected to file formal complaints against both Khabib Nurmagomedov and Conor McGregor for their roles in the post-fight brawl that followed their championship bout at UFC 229 on Saturday night. In the immediate aftermath of the fight, NAC chose to withhold Nurmagomedov’s $2 million […] 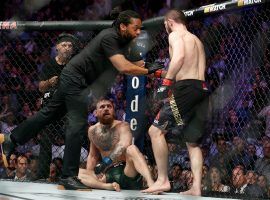 Khabib Nurmagomedov (27-0) maintained his position as the most dominant mixed martial artist in the world, submitting Conor McGregor (21-4) in the fourth round by rear-naked choke to win the main event at UFC 229. But the glory of that victory was quickly overshadowed by an ugly brawl that ensued […] 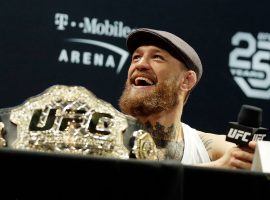 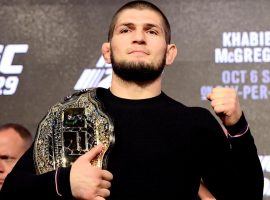 What do you get when you pair up an undefeated world champion with the biggest draw in mixed martial arts? The answer appears to be a main event for UFC 229 that is set to break revenue and pay-per-view buy records for the company. According to UFC president Dana White, […] 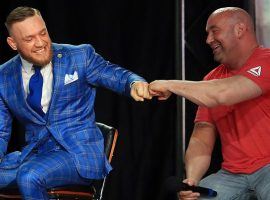 The UFC’s biggest star is sticking around for a while. Conor McGregor has signed a contract with UFC for six fights, beginning with his Oct. 6 bout in the Octagon against Khabib Nurmagomedov, ESPN’s Darren Rovell reported. Without giving details about terms of the deal, UFC president Dana White told […] 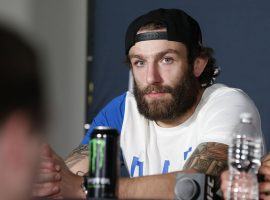 Conor McGregor may have avoided serious criminal repercussions following his attack on a bus of fighters before UFC 223, but that doesn’t mean that the Irish fighter is out of the woods yet. UFC lightweight Michael Chiesa is now suing McGregor over the incident, saying that he suffered “serious personal, […] 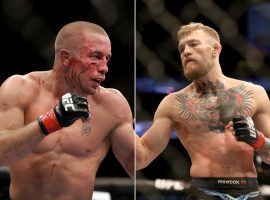 Could one mixed martial arts legend be coming out of retirement to face another? Rumors are flying this week that Georges St-Pierre (GSP) could face the winner of theÂ upcoming mega-fightÂ between Conor McGregor and Khabib Nurmagomedov. The former champ, who has stepped into the octagon just once in the last five […] 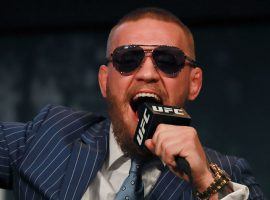 Apparently the animosity between Floyd Mayweather and Conor McGregor wasn’t just pre-fight hype. At least from the McGregor side. The Irish MMA fighter blasted his opponent of a year ago on social media after it appeared the undefeated boxer was offering to help McGregor. The incident began on Monday when […] 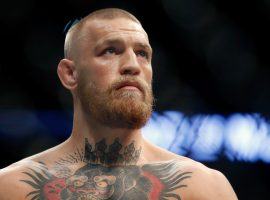 Conor McGregor will finally get back in the Octagon on Oct. 6 in Las Vegas, when he takes on UFC lightweight champion Khabib Nurmagomedov. UFC President Dana White announced the matchup, which will be the main event for UFC 229, at a press conference on Friday. McGregor Returns after Two-Year […] 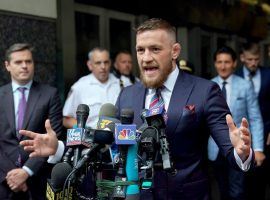 Conor McGregor showed Thursday he is better at dodging jail time than Floyd Mayweather punches. McGregor escaped felony charges stemming from the April 5 incident in which he threw a metal dolly at a tour bus carrying rival UFC fighters at the Barclays Center in Brooklyn, New York. The Irishman’s lawyers […] 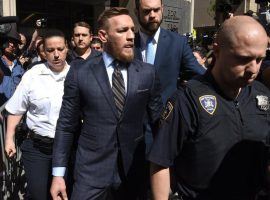 Conor McGregor appeared in Kings County Supreme Courthouse in Brooklyn on Thursday for a hearing related to his attack on a bus of UFC fighters at a UFC 223 media event in April. McGregor’s legal team says they are currently in negotiations with the Brooklyn District Attorney’s Office over a […] 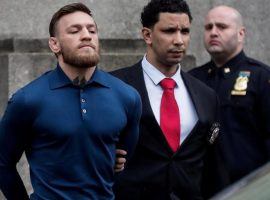 The aftermath of Conor McGregor’s tirade in New York City last week has left the UFC fighter’s future in doubt, but internet sportsbooks are speculating what is next. BetDSI and Bodog are two sites that have put prop bets concerning the consequences of the Irish fighter’s conduct. The 29 year […] 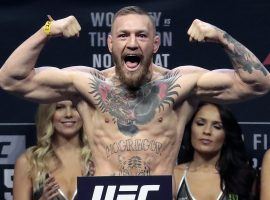 UFC star Conor McGregor is reportedly in police custody and facing criminal charges following a bizarre incident at the UFC 223 media day at the Barclays Center in Brooklyn. McGregor was seen on camera throwing a hand truck through a window on a bus that was carrying a number of […] 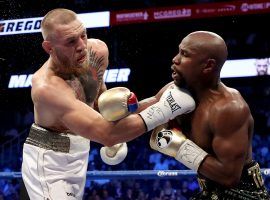 Despite Floyd Mayweather Jr.’s recent announcement that he plans to begin training for mixed martial arts in the near future, there’s still no official word on if or when he’ll fight in the octagon. But that hasn’t stopped oddsmakers from giving bettors the opportunity to wager on a hypothetical Mayweather […] 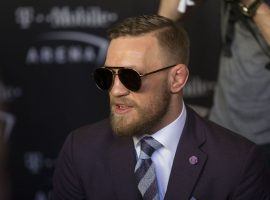 Speculation is flying about where Conor McGregor will fight next, and the theories are frustrating the UFC and MMA fans alike. Rumors have the Irish lightweight champion planning another battle against Floyd Mayweather — but this time in the Octagon — as well as meeting up with Manny Pacquiao for […]

All is well in the world of boxing, Floyd Mayweather defeated Conor McGregor and the sport did not suffer a cataclysmic meltdown like some predicted. It was actually a fairly entertaining fight and was definitely more competitive than people thought. It might have actually given the sport a much needed […]

Though the betting line for the outcome of Saturday’s fight between Floyd Mayweather and Conor McGregor may be no longer attractive to gamblers, there are plenty of proposition bets that may garner their attention. Everything from the length of the bout to who will take longer to enter the ring […]

When the line was set on the possibility of a fight between Floyd Mayweather and Conor McGregor the odds were heavily in the champions favor. Now that the bout is less than a week away more money is coming in on the challenger and operators at sportsbooks are feeling a […]

Floyd Mayweather might want to add “Big” in front of his “Money” nickname after boasting he is expecting at least $300 million from his fight with Conor McGregor on August 26, at T-Mobile Arena in Las Vegas. Rumors of a big payday for the undefeated boxer, who is considered the […]