After a 21-week hiatus because of the COVID-19 pandemic, the PGA Champions Tour is back as the seniors tee it up at The Ally Challenge. Three golfers are making their debut this week at Warwick Hills Golf & Country Club in Grand Blanc, Michigan, and one of them is the favorite to win the tournament.

Odds to Win The Ally Challenge

Golfers making their debut on the PGA Tour Champions rarely win. It’s happened only 18 times, with the latest being Miguel Angel Jimenez at the 2014 Mitsubishi Electric Championship at Hualalai.

Furyk might be able to pull it off, however. He won here in 2003 at the PGA Tour’s Buick Open, and told reporters it is a golf course he enjoys playing.

“Won here in ’03, and so it felt like … I’m kind of happy that this is my first PGA Tour Champions event and good to start here at a place that I’m real familiar with and really enjoyed playing throughout my career,” Furyk said. “I told my wife last night, like the first day of the Tour year every year, I always say it’s like the first day of school. You’re kind of excited, you get a little nervous, you haven’t played in a while.”

Mike Weir and K.J. Choi are also playing in their first events. We take a look at who might have success this week at The Ally Challenge, and those that might be a bit rusty.

The ageless wonder continues to amaze, and even though he is the second pick this week, Langer should always be considered a favorite to win. The soon-to-be 63-year-old made the cut in the one PGA Tour event he played in during the break. He should be ready to go at The Ally Challenge.

Montgomerie used the break to go on a serious fitness program and shed 40 pounds in the process. He looks lean and fit, and that should help him on the golf course. His highest finish this season is a tie for 13th, but look for him to be at the top of the leaderboard this weekend.

Quigley started the season hot with a victory and two other top-10 finishes, but he cooled off at the Hoag Classic, finishing tied for 31st. He played five Korn Ferry Tour events, but missed the cut in two, withdrew in two others, and finished tied for 45th in the one event where he did make the cut.

The Ally Challenge’s defending champion has struggled this season, failing to post a finish higher than a tie for 22nd. This could be the event where he turns things around. Then again, it may not. There are better plays this week. 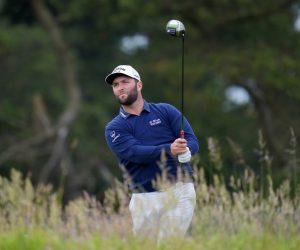