Kylian Mbappe looks set to leave for Real Madrid, so Paris Saint-Germain’s board has come up with a backup plan in the form of Norwegian striker Erling Haaland, who is the replacement the French giant dreams of signing.

Haaland (21) has scored at a non-stop rate in the past two years and has emerged as a target for the biggest spenders in world football. Manchester City, Manchester United, Liverpool, Chelsea, Barcelona, and Real Madrid have all asked questions regarding his acquisition price and salary.

PSG added themselves to the exclusive club of Haaland’s suitors. They rank among the favorites to seal a deal once Dortmund lowers its barriers.

Leonardo Araujo, PSG’s sporting director, has a good relationship with Mino Raiola, Haaland’s agent, and hopes to take advantage of it. According to the Italian paper Gazzetta dello Sport, Araujo was told that Haaland’s salary needs to be as high as $60 million per year for the Norwegian to join Messi and Neymar at Parc des Princes. If he’s given so much money, he’ll become the team’s highest earner, way ahead of Neymar’s $43 million and Lionel Messi’s $35 million.

Sure, Messi, Neymar and Mbappe are good… but Erling Haaland's numbers put them all to shame 🤯🙌#PSGMCI #BVBSCP https://t.co/jw8M4JUdTG

Chelsea was ready to bid $210 million

Before going for Romelu Lukaku, the Champions League winners were thinking seriously about Haaland. Sources in England and Germany claimed Chelsea was readying a bid as high as $210 million to sign the Viking sensation. As rumors mounted, Dortmund’s decision-makers were asked for comment, and regularly denied any interest in selling Haaland. Chelsea listened and didn’t make an official offer, with Manchester City doing the same.

“$210 million for a single player? That’s too much,” Haaland smiled when asked what he thought about Chelsea’s plans to sign him. The Norwegian has never put pressure on Dortmund, a thing that contributed to him staying for one more year in Germany.

If $210 million was “too much,” then his release clause for 2022 could be seen as a bargain by the continent’s richest teams. According to a clause in his contract, Haaland’s price will be set between $85 million and $105 million less than a year from now, depending on certain achievements.

Dortmund agreed to lose at least $100 million from the transfer price to make sure they do everything in their power to challenge Bayern Munich in the Bundesliga title race. Haaland has been on a great streak since the start of the campaign, netting 16 times for club and country. In the Bundesliga alone, he scored seven goals and assisted another three. Currently. he’s sidelined with a thigh injury, but Dortmund hopes to have him back in full form after the international break.

After seven rounds, defending champions Bayern Munich lead the Bundesliga despite their shock defeat at home on Sunday to Eintracht Frankfurt (1-2). Bayern have 16 points, one more than Leverkusen, Dortmund, and Freiburg. 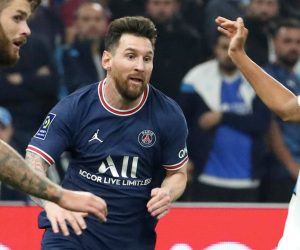 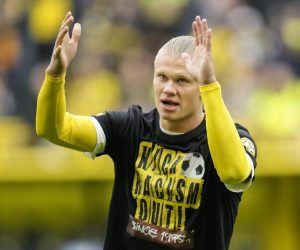