The popular Chess.com Pogchamps online chess tournament will return for a second edition on Aug. 21, with 16 of the most popular Twitch streamers battling for $50,000 in prize money.

The first Pogchamps tournament ended in June with Voyboy defeating Hutch in the championship bracket final to win the $10,000 first prize.

The final provided a climax to weeks of fun and interesting chess action. Most of the streamers participating were learning the game on the fly, having little or no prior chess experience coming in. That meant players were committing more than their fair share of blunders, while giving viewers the chance to watch their favorite streamers improve in real time as the tournament proceeded.

The second Pogchamps tournament will feature a mostly new cast of characters. Overwatch streamer xQc is confirmed as a returning player from the first event, and three spots remain open for popular streamers who want to throw their hats into the ring.

But new players will take the remaining spots. And while Twitch fans will recognize plenty of familiar names, there’s one in particular that should have significant mainstream appeal: Hafthor Julius Bjornsson, who played Gregor “The Mountain” Clegane on HBO’s “Game of Thrones” series for five seasons.

Bjornsson also won the World’s Strongest Man competition in 2018. He’s already worked with Women’s FIDE Master Alexandra Botez, who served as one of the lead commentators and a coach for the first Pogchamps tournament.

Others who have confirmed their participation in the second Pogchamps event include League of Legends streamer Gripex90, political commentator David Pakman, and variety streamer Mizkif.

Botez and Grandmaster Hikaru Nakamura will return as the lead commentary team for the tournament. Both will also serve as coaches for the competitors, as will GM Daniel Naroditsky, WGM Qiyu Zhou, and IM Levy Rozman, among other elite chess talents.

Online chess has flourished during the COVID-19 shutdown as the experience of playing and watching the game changes little in the online environment. The Magnus Carlsen Chess Tour has created a platform for elite players to compete for large prize funds online, with the tour’s fourth event – the Legends of Chess – beginning this week.

Pogchamps caters to a very different kind of audience — one that wouldn’t normally watch high-level chess. The streamers attract their own fans – many of whom aren’t chess players – along with some traditional fans of the game who find excitement in the ups and downs of a typical game between amateurs.

That strategy paid off. The first Pogchamps tournament attracted more than 3.5 million unique viewers over the course of the event, with a peak audience of more than 87,000 concurrent viewers. That not only grew Chess.com’s following, but also boosted overall chess viewership on Twitch. As many as 150,000 viewers tuned in concurrently to watch channels devoted to the game during the tournament. 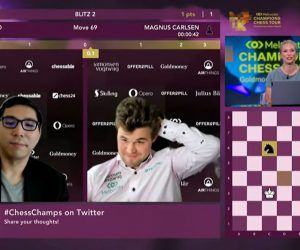 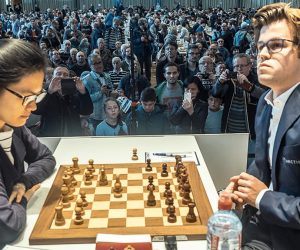