Home Gambling Industry Law and Politics Online Sports Betting in Virginia Will be Up in Time for Super Bowl Sunday, Lottery Officials Say

Virginians looking for their first taste of online sports gambling will get it before the biggest betting event of the year, according to officials. State lottery executives said this week that they’re on track to launch just before Super Bowl 55 on Feb. 7.

Earlier this week, Virginia Lottery Executive Director Kevin Hall said his office is spending January completing the registration of online sportsbooks and making sure all rules are in place before launch, focusing on the end-user.

“The priority is strong consumer protections, guardrails that prevent underage gambling, procedures, and audits to make sure there’s no criminal activity,” Hall said.

The Virginia Lottery is in charge of all sports betting activity in the Commonwealth. Because there are no brick-and-mortar casinos in the state, all sports gambling activity will be online.

Hall said starting from scratch has presented both opportunities and challenges. Some Virginia-only rules and regulations have surfaced as a result. The most notable of this is the 15% tax on sports betting revenue thrown at potential sportsbook operators.

Critics who predicted states taking such a large chunk (most states’ operator tax range between six and seven percent) would dissuade sportsbooks from opening have thus far been silenced, where Tennessee, which takes 10% off the top, launched online-only in November and immediately started to see record returns.

Unique-to-Virginia regulations also include rules insisting sportsbooks give bettors updated spread information in real-time so that online gamblers can make the “most informed decisions” according to the lottery.

FanDuel, one of the potential 14 operators set to go live in early February, said a pilot effort to provide live line updates on its app during an October NBA playoff game became untenable.

“Sports betting apps are simply not built to provide and display this type of information,” FanDuel wrote in the formal comments section of the Virginia Lottery’s draft regulations last fall. “This requirement would force a reengineering of the products, to create a demonstrably worse user experience.”

Other regulations specific to the Virginia Lottery include ramped-up safeguards players can place upon themselves, including voluntary bans for years or even life. Pennsylvania became the first state to offer such self-restricting tools at the end of December.

According to the lottery, Virginia’s projected revenues for 2021 are in the neighborhood of $412 million, with the state looking to take a little over $60 million. But if 2020 online gambling trends hold and a state like Tennessee, with 2 million fewer residents, is any indicator—those numbers may be eclipsed within months of opening. 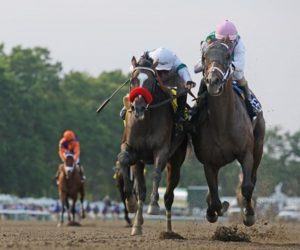