Golf could quite possibly be the hardest sport to wager successfully. Picking a winner is, oftentimes, a frustrating exercise. That said, my dark-horse pick at this week’s Pebble Beach Pro-Am would be Max Homa. I don’t have the bankroll to drop $100 on a golfer, even if the odds are 66/1. Instead, I’ll be utilizing one of two additional types of betting.

The first is matchups. Take two golfers, pick which one you believe will have a better tournament, and get paid if you are correct. The Westgate Las Vegas SuperBook is offering several of these head-to-head matches at this week’s Pebble Beach Pro-Am. In one of the match ups, Patrick Cantlay is going up against Dustin Johnson. Johnson is the -150 favorite, while Cantlay is returning +130.

Another type of golf bet, and the one I’m using this week, is group play. Ladbrokes has five golfers in a group, and whoever has the best score is the winner. There are odds associated with each golfer. In Group D, with my One Bet, $100, I am taking Homa to best four other golfers. Homa is getting 3/1 odds, but isn’t the favorite. That would be Cameron Champ at 11/4. Kevin Na and Tom Hoge are at 4/1, and Vaughn Taylor is at 9/2.

The 29-year-old Homa might have just figured out Pebble Beach last year. After missing the cut in 2017, he returned to the Monterey Peninsula in 2019 and finished 10th. It was one of three top-10 finishes he posted last year, including winning the Wells Fargo Championship.

Homa has picked up his game the last two tournaments after mediocre finishes late in 2019. Two weeks ago at the Farmers Insurance Open at Torrey Pines, Homa put together rounds of 73, 68, 71, and 67 to finish tied for ninth. In his final round, he hit 12 of 18 greens in regulation, and had no bogeys.

He bettered that performance the following week at the Waste Management Phoenix Open. There, he finished sixth with rounds of 72, 67, 64, and 68, In the final round at TPC Scottsdale, Homa hit 11 of 14 fairways and 11 of 18 greens in regulation. He also converted every putt in the final round that was 10 feet or less.

Why Homa will Win

Putting is crucial at Pebble Beach, and Homa seems comfortable on the tricky poa annua greens. He is first on tour in made putts at 4 feet or less. The rest of his putting stats are shaky, but that is attributed to his struggles earlier in the season.

His last two tournament performances are definitely something that should carry over this week. Homa has gotten a lot more consistent, and hitting fairways and greens at the three courses used in the Pebble Beach Pro-Am is critical to any success.

The other four golfers in the group didn’t finish as high as Homa did last year. Hoge and Taylor missed the cut, Champ finished tied for 28th, and Na didn’t play the event. The only one that could challenge Homa is Na, who has already won once this season. The last time he played at Pebble Beach was in 2018, and he finished tied for 20th. He missed the cut last week at the Waste Management, so I believe Homa should prevail out of this group. 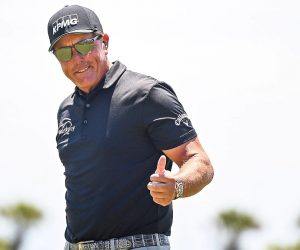 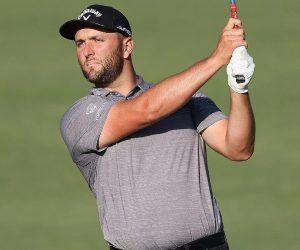