The Greek Freak and the Milwaukee Bucks host the Los Angeles Clippers and Kawhi Leonard on Friday night, which has the potential to be a preview of the 2020 NBA Finals.

Devin Booker and James Harden have a potential shootout in the works when the Phoenix Suns visit the Houston Rockets. It’s been a while since two NBA stars jacked up 50 points in the same game against each other, but Booker and Harden both have the ability to erupt for 50 or more on any given night.

The Philadelphia Sixers have yet to lose a game at home this season. The Sixers are 10-0 in Philly. They’re hoping to extend their winning streak to 12-0 with back-to-back home games against the Cleveland Cavs and defending champ Toronto Raptors. The Raptors are also impossible to beat at home, but they’ve struggled on the road this year with a modest 6-4 record.

The Los Angeles Lakers and Milwaukee Bucks are the top teams in their respective conferences. Both teams are closing in on 20 wins. The Lakers play their last home game at Staples Center in downtown LA before they fly to the East Coast to play five games in the span of eight days.

The Minnesota Timberwolves are making strides to become a playoff team, but they have a big test under the bright lights of Hollywood against might LeBron James and Anthony Davis.

Denver Nuggets (13-5) at Boston Celtics (15-5)… The Nuggets play the Celtics on the second night of a back-to-back after playing the Knicks at MSG the night before. It’s a quick trip to Boston from NYC, but the Celtics will not be a cake walk like the hapless Knicks. Kemba Walker is back in the lineup for the Celtics after he was carted off the floor in Denver two weeks earlier. Walker banged into a teammate and sprained his neck and left the game with concussion symptons. In his first game back from the injury, Walker (21.6 ppg) dropped 39 points against the Brooklyn Nets. The Nuggets are one of the best defensive teams in the NBA allowing the third-least points at 103.7 points per game. If anyone can shut down Kemba, it’s the Nuggets.

LA Clippers (16-6) at Milwaukee Bucks (19-3)… Greek Freak and Kawhi Leonard would be a great NBA Finals battle. We’ll get a glimpse at that possible matchup this weekend. Kawhi (25.0 ppg) and Paul George (23.5 ppg) are still getting to know each other as teammates on the Clippers. Meanwhile, the Greek Freak and the Bucks score 120.8 points per game as the highest-scoring team in the NBA. This Bucks/Clippers joust could be a shootout if the zebras swallow the whistles and let Kawhi and the Greek Freak throwdown.

New Orleans Pelicans (6-15) at Dallas Mavericks (15-6)… The Pelicans might not have Zion Williamson back before the New Year. They desperately need him, but he’s still recovering from knee surgery. In the meantime, Brandon Ingram leads the Pels with 25.4 ppg and 7.2 rebounds. Luka Doncic, third in the NBA in scoring, averages 30.7 points per game. He’s almost averaging a triple double with 10.3 rebounds and 9.4 assists per game. Doncic’s PER is second-best in the NBA at 33.09.

Phoenix Suns (9-10) at Houston Rockets (13-7)… After a hot start, the Suns cooled down. Shootout alert! If there’s any two players that could explode for 50-plus on any given night, it’s Devin Booker (24.4 ppg) and James Harden (39.5 ppg). Harden leads the NBA in scoring. He recently dropped 50 points against the Spurs and torched the Hawks for 60 points in a mere three quarters. Booker has been rather quiet this season with only one 40-point game. Booker is due for a monstrous night.

Toronto Raptors (15-5) at Philadelphia 76ers (15-6)… The Raptors have one of the best home records in the NBA with a 9-1 clip in Canada. Even without Kawhi Leonard this season, the Raptors have the third-best record in the Eastern Conference. Pascal Siakam leads the Raptors with 25.1 ppg and 8.6 rebounds. The Sixers have a home-court winning streak to protect. Joel Embiid leads the Sixers with 22.4 ppg and 12.2 rebounds.

Sacramento Kings (8-12) at Dallas Mavericks (15-6)… The Mavericks host back-to-back games with their second game against the upstart Sacramento Kings. New head coach, Luke Walton, is trying to turn the young Kings into a bonda fide playoff contender. After struggling to reach .500, the Kings are still within striking distance of achieving their postseason goal. Buddy Hield leads the Kings with 20.8 ppg. Sharpshooter Bogdan Bogdanovic averages 14.8 ppg off the bench, but he’s nursing a hamstring injury.

Minnesota Timberwolves (10-10) at LA Lakers (19-3)… The Lakers play one home game before they hit the road for a grueling five-game road trip. Anthony Davis (26.1 ppg, 9.3 rebounds, 2.7 blocks) has been crushing it on both ends of the court even with the flu bug. The T-Wolves buck tradition and play much better on the road (7-2) than at home (3-7) in Minneapolis. Karl-Anthony Towns leads the T-Wolves with 25.9 ppg and 12.5 rebounds. 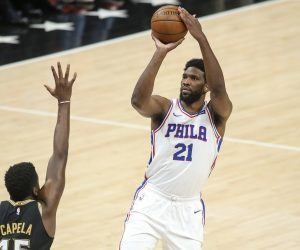 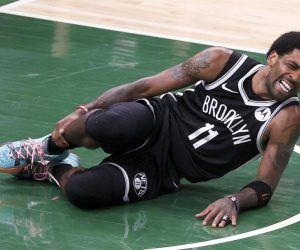