On the last day of the NBA regular season, two teams are vying for the final spot in the Eastern Conference Finals with the Detroit Pistons having the upper hand on the Charlotte Hornets.

If the Pistons defeat the New York Knicks on Wednesday evening, then the Pistons are in the playoffs. The Pistons can lose to the Knicks and still make the playoffs if the Charlotte Hornets also lose outright on Wednesday night to the Orlando Magic. The Magic already clinched a playoff spot.

The Hornets need a Pistons loss and a victory over Orlando to win the tiebreaker over the Pistons and lock up the final playoff sport.

Who would have thought that the Knicks of all teams could help shape the playoffs this season? The Knicks were doomed before the start of the season and have been tanking for the chance to draft Zion Williamson with the top pick in the 2019 NBA Draft. But for the final game of the season, the Knicks can play the role of postseason spoiler. One thing is for certain, there will be a lot of fans in the Charlotte, North Carolina area rooting heavily for the Knicks tonight at Madison Square Garden.

Whomever wins the #8 seed will be matched up in the first round of the playoffs against the Greek Freak and the Milwaukee Bucks.

The Charlotte Hornets won four games in a row to put themselves in a spot to advance to the playoffs. They are in a must-win situation tonight, but at least they play at home. They also need help from the New York Knicks, which seems like a long shot for Buzz City.

The Hornets kept their playoff dream alive by blowing out the Cleveland Cavs. Kemba Walker scored 23 points to lift his team to victory.

“It felt good, man,” said Walker. “We had great energy and great togetherness. We really wanted to win this game.”

Walker averages 25.4 point per game this season, but he’s been flirting with 35 points per game during the Hornets four-game winning streak. Walker will be a coveted free agent when the season ends, but he wanted to get the Hornets in the playoffs one last time before he leaves.

The Hornets are only a 2-point favorite against the Magic (41-40). The Magic and Brooklyn Nets have an identical record and vying for the #6 seed.

The Big D at MSG

The Detroit Pistons head to New York City to play in the most famous arena in the world. The Knicks might be the most valuable professional franchise in the NBA, but they are a joke when it comes to playing basketball. The Knicks lost 16 out of their last 20 games.

The Knicks were unbeatable at home at one time in their stories career, but this season they let teams walk all over them with a 9-31 record at MSG. The Vermont jamband Phish has played more concerts at MSG (21) in the last two years than the Knicks have wins. Heck, Phish doubled that number.

The Knicks (17-64) are actually in a mini-winning streak with two wins in a row. They won three out of their last five, but two wins were against the lowly Chicago Bulls.

The Pistons has lost four straight games and nearly spiraled out of the playoff hunt. The Pistons stormed back last night to erase a 21-point first half deficit. They beat the Memphis Grizzlies by 7 points to keep their playoff run alive.

The Pistons beat the Knicks by 17 points and 21 points during back-to-back home/away games at the start of February. Andre Drummond and Blake Griffin torched the Knicks for 29 points in those victories.

Griffin has a sore knee, yet played only 18 minutes scoring 8 points against the Griz.

Griffin, the Pistons leading scorer with 24.5 points per game, told reporters he is day-to-day and will have to wait until game time to figure out his status.

The Pistons opened as 8.5-point favorites over the Knicks but bettors pounded the overnight lines. On the morning of the last game of the season, the lines moved. The Pistons are now a 10-point favorite. 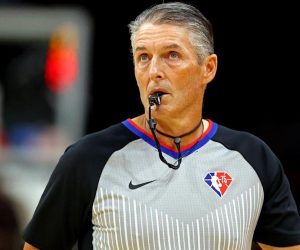