Major League Soccer announced the 2020 All-Star Game, set for July 29 in Los Angeles, will be canceled due to the coronavirus outbreak. The MLS also canceled the Leagues Cup and the Campeones Cup. All three events included joint participation between the MLS and Mexico’s equivalent, LIGA MX.

Banc of California Stadium, the home stadium for LAFC in downtown Los Angeles, planned to host the MLS All-Star Game at the end of July.

MLS hopes that the same venue in Los Angeles can host the All-Star Game in 2021.

“MLS and LIGA MX will resume discussions regarding the event,” said the MLS in a statement. “There is every expectation that next year’s All-Star Game will be MLS vs. LIGA MX in Los Angeles.”

Tickets had yet to go on sale for the 2020 MLS All-Star Game, which was expected to be the biggest in the league’s 25-year history.

“In addition, the league is reviewing proposals from three cities to host the 2022 MLS All-Star Game. Details regarding the 2021 and 2022 All-Star Games will be announced at a later date,” league officials said.

California Governor Gavin Newsom (D) said pro sports could return in June. However, residents in Los Angeles could be subject to stay-at-home orders until August.

No Campeones Cup and Leagues Cup

The Campeones Cup and League Cup included teams from the MLS and LIGA MX competing against each other.

In the Leagues Cup, which debuted last year, four teams competed in a tournament format with the winner securing the coveted Leagues Cup. The MLS initially scheduled the Leagues Cup to run from July through September.

The MLS, which is celebrating its 25th season, started a couple of weeks before major sports leagues in North America shut down. The MLS season has been in limbo since it shut down in March, but officials have been eyeing a June return.

“It was really nice to get out there and do a little workout again on a really nice grass field,” said LA Galaxy midfielder Sacha Kljestan. “Just to see the stadium again, even if I was just looking at it from the outside. Just to return to some sort of normalcy, it seemed like a step in the right direction as hopefully we push toward playing a season.”

The MLS has been exploring reopening ideas, including one plan that entailed all 26 MLS teams quarantining at Disneyworld. The MLS would play all games in Orlando, Florida, without spectators.

“There’s been reports that Major League Soccer may want to have their season in Orlando,” said Florida Governor Ron DeSantis (R). “Do it. We want to have you here.”

In Europe, some football leagues are already reopening. The Bundesliga in Germany resumed las week without spectators.

Back in the states, MLB’s reopening plan involves a reduced season by nearly 50% with three regional divisions. 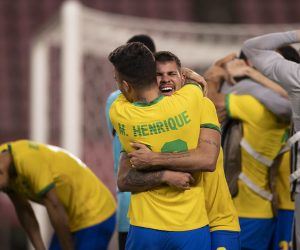 Tokyo Olympics: Brazil and Spain to Play for Gold After Fierce Semifinal Battles 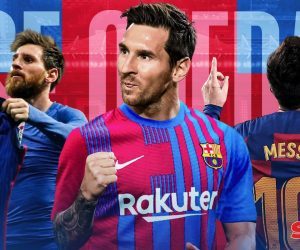 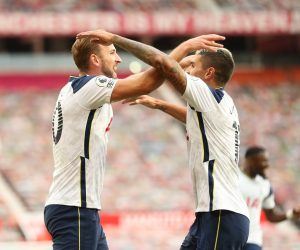