Any aspirations former Clemson quarterback Kelly Bryant had of playing in the postseason with his new team Missouri, were dashed on Thursday when the NCAA announced sanctions against the university. The NCAA Division I Committee on Infractions (COI) banned the University of Missouri football team from not only any bowl game or the College Football Playoffs, but the SEC Championship game should they qualify.

The ban stems from a 2016 incident where a former tutor completed academic coursework for several student-athletes, including three football players. Athletic director Jim Sterk said the penalties were harsh and that Missouri plans to appeal the ruling.

“Once these issues were brought to our attention in November 2016, the university moved swiftly and fully cooperated with the NCAA Enforcement staff to jointly investigate the allegations that were made,” Sterk said in a statement. “We are shocked and dismayed by the penalties that have been imposed today and will aggressively fight for what is right.”

Despite the penalties, the The State.com reported a source had told them that Bryant was staying at Missouri. Because of the sanctions, Bryant could have transferred to another program, and still may choose to do so.

But Bryant seemed very comfortable with Missouri. He visited several universities in December, including Auburn, Arkansas, and North Carolina before deciding on Missouri. Tigers coach Barry Odom got the call from Bryant saying that he had chosen his program.

“I was confident, but you never know until you get the final word, I guess,” Odom said. “I was excited when he told us on the (Dec.) 26th when we were in his house. He was mature in how he approached the process. I knew there’d be a late charge by a number of people, which there were. That’s always the case in recruiting. I felt strong that he was going to stay with us.”

Before the team was taken off the board at the Westgate Las Vegas SuperBook, the Tigers were a 300/1 pick to win the CFP Championship. There were several teams from the SEC ahead of them, including Alabama (3/1), Georgia (8/1), Florida (30/1) and LSU, Mississippi State and Auburn (60/1).

Missouri finished fifth last season in the SEC East, but was returning several starters and then had the news about Bryant transferring from Clemson. Bryant lost his job to freshman Trevor Lawrence midway through the 2018 season and decided to transfer rather than be the reserve.

“We had a quarterback competition,” Swinney said. “And I was very up front with that in the spring. They competed all the way. And Kelly came out of camp ahead, but it was close enough to where we said, look, we’re going to play them right out of the gate. We’re going to play both guys, and we’re going to see if it settles on the field.”

Lawrence led the Tigers to the National Championship, defeating Alabama, 44-16 on Jan. 7 at Levi’s Stadium in Santa Clara, Calif.

Will the Green Bay Packers Trade an Unhappy Aaron Rodgers to the NY Jets? 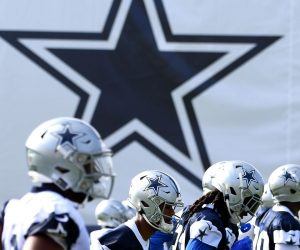