Matteo Berrettini needed some help, but ultimately hung on to the final position at the Nitto ATP Finals after the Paris Masters wrapped up on Sunday.

Novak Djokovic defeated Denis Shapovalov 6-3, 6-4 in the final to win his fifth Paris Masters title. It was Berrettini, however, who was the biggest winner over the weekend when it came to the ATP Finals standings.

Heading into Paris, there were two positions still open for the eight-man ATP Finals field. Alexander Zverev quickly wrapped up one of those spots after a slew of contenders lost in the second round, ending any hope that they could overtake the young German star.

Berrettini, who came into the Paris Masters in eighth position, was among those who lost in the second round. That left him vulnerable to being passed by Gael Monfils, who had the opportunity to jump the Italian for eighth place if he could reach at least the semifinals of the Masters event.

Ultimately, the race for the last ATP Finals spot came down to a single match, as Monfils played Shapovalov in a Paris quarterfinal. The young Canadian was too much for Monfils, as Shapovalov ended the race with a resounding 6-2, 6-2 victory that took just under an hour.

“He better get me a bottle of win or something, or a small gift,” Shapovalov said after the match, speaking of Berrettini’s qualification. “I’m really happy for Matteo and, at the same time, sad for Gael. They’re both unbelievable players and people…there’s nothing I can do.”

The result made Berrettini the first Italian to reach the ATP Finals since Corrado Barazzutti did it back in 1978.

Djokovic Closes in on Masters Record

Djokovic has already had his place booked in London for months now, but his victory in Paris was still meaningful. It was his 34th career Masters title, putting him at second all-time to Rafael Nadal, who has the record with 35. It was also his fifth title of the season, putting him even with Dominic Thiem for the most wins this year.

“I’ve been blessed to win so many big titles in my life,” Djokovic said after the match. “That’s one of the biggest reasons why I’m still playing professional tennis, to fight for these big trophies, and to still be able to play the highest level.”

Nadal, who pulled out of the Paris Masters just before his scheduled semifinal against Shapovalov, did enough to move back into first place in the ATP rankings. Nadal also has the No. 1 position in the ATP Finals standings heading into the event next week at the O2 in London. It remains an open question as to whether Nadal will be fit enough to play in the year-end tournament, let alone be at 100 percent.

“Historically he’s had several injuries at the last part of the season, so I hope he can recover,” Djokovic said of Nadal after the Paris final. “Because without him, obviously the battle for No. 1, but also the tournament itself, is different.”

At the moment, bookmakers are assuming that Nadal will play, though his injury is impacting the ATP Finals betting odds. Djokovic is a +110 favorite to win the tournament, ahead of Federer (+300), Nadal, (+390), and Daniil Medvedev (+440). 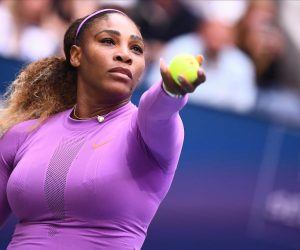 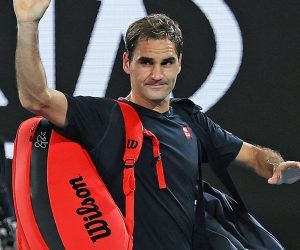